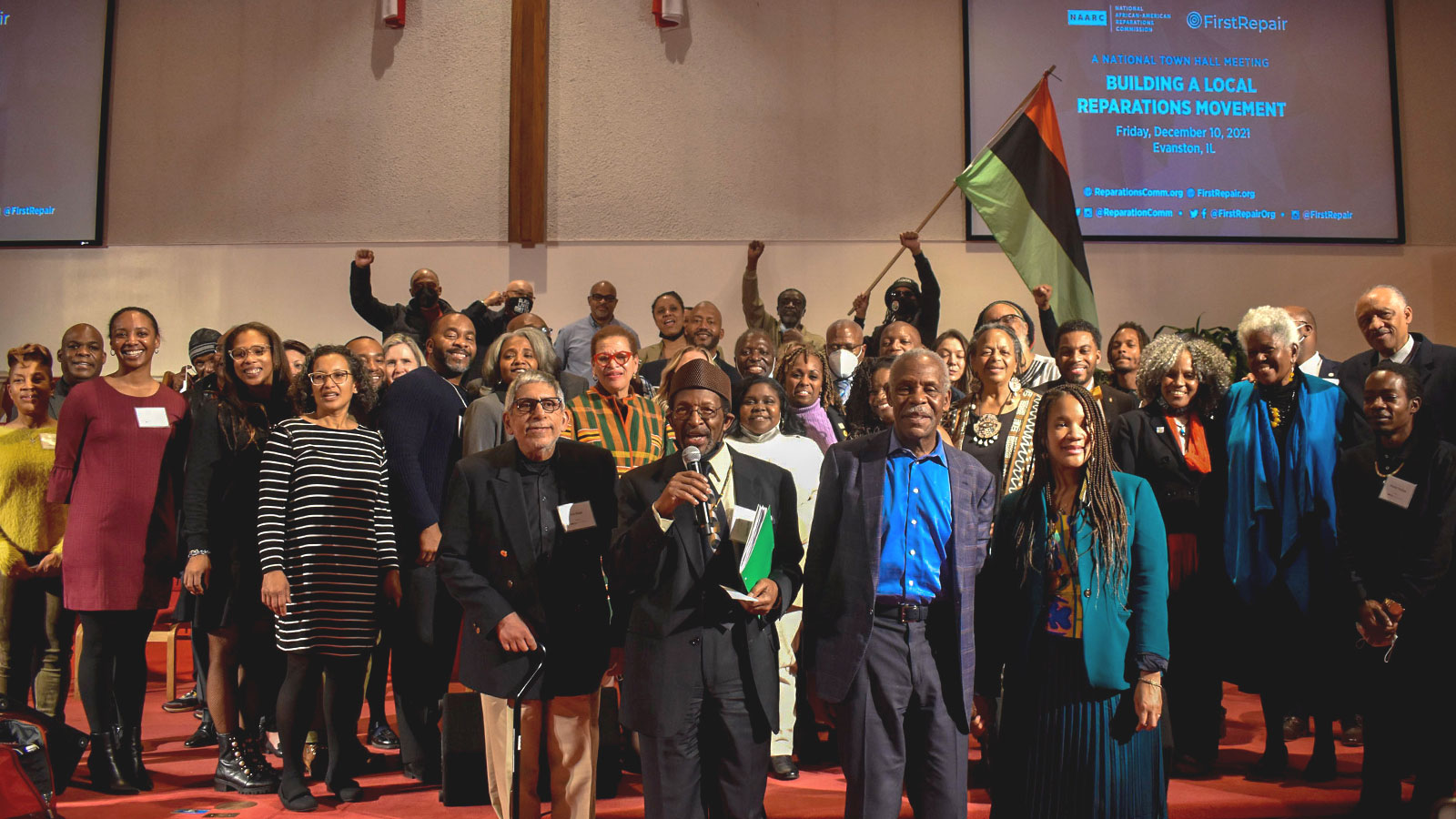 Resolved to Chart a Collective Pathway for Local Reparations Movement

January 6, 2022, New York — Scores of reparations advocates, activists, elected officials and scholars from some 25 cities, states and municipalities across the USA gathered in Evanston, Illinois from Dec. 9-11, 2021, to chart a way forward for the growing local reparations movement in the USA.

This historic symposium came at a moment of unprecedented national and international racial reckoning. Convened by the National African American Reparations Commission (NAARC) and hosted by FirstRepair, these leaders traveled to Evanston because that city made history last year by adopting the first city-wide Municipal Reparatory Justice Initiative in the country.

Building on the groundbreaking work of former Fifth Ward Alderman Robin Rue Simmons and Circuit Court Judge Lionel Jean-Baptiste, Simmons inspired her colleagues on Evanston’s City Council and the Mayor to pass a resolution to allocate $10 million over 10 years to establish a Reparatory Justice Initiative.

In the wake of that action, Evanston emerged as the epicenter, the source of inquiry, information and inspiration for civil rights, human rights and reparations advocates across the country seeking to examine the role of cities and municipalities in repairing the historical harms of enslavement on people of African descent.

The Organizers of the Symposium conceived it as space and place for those engaged in developing municipal reparations initiatives and those interested in pursuing this objective to learn about the intricacies of the Evanston Initiative and to create an atmosphere where stakeholders, advocates, scholars, and elected officials could share their experiences and learn from each other.

Learning and sharing was at the heart of the Symposium’s process and experience.