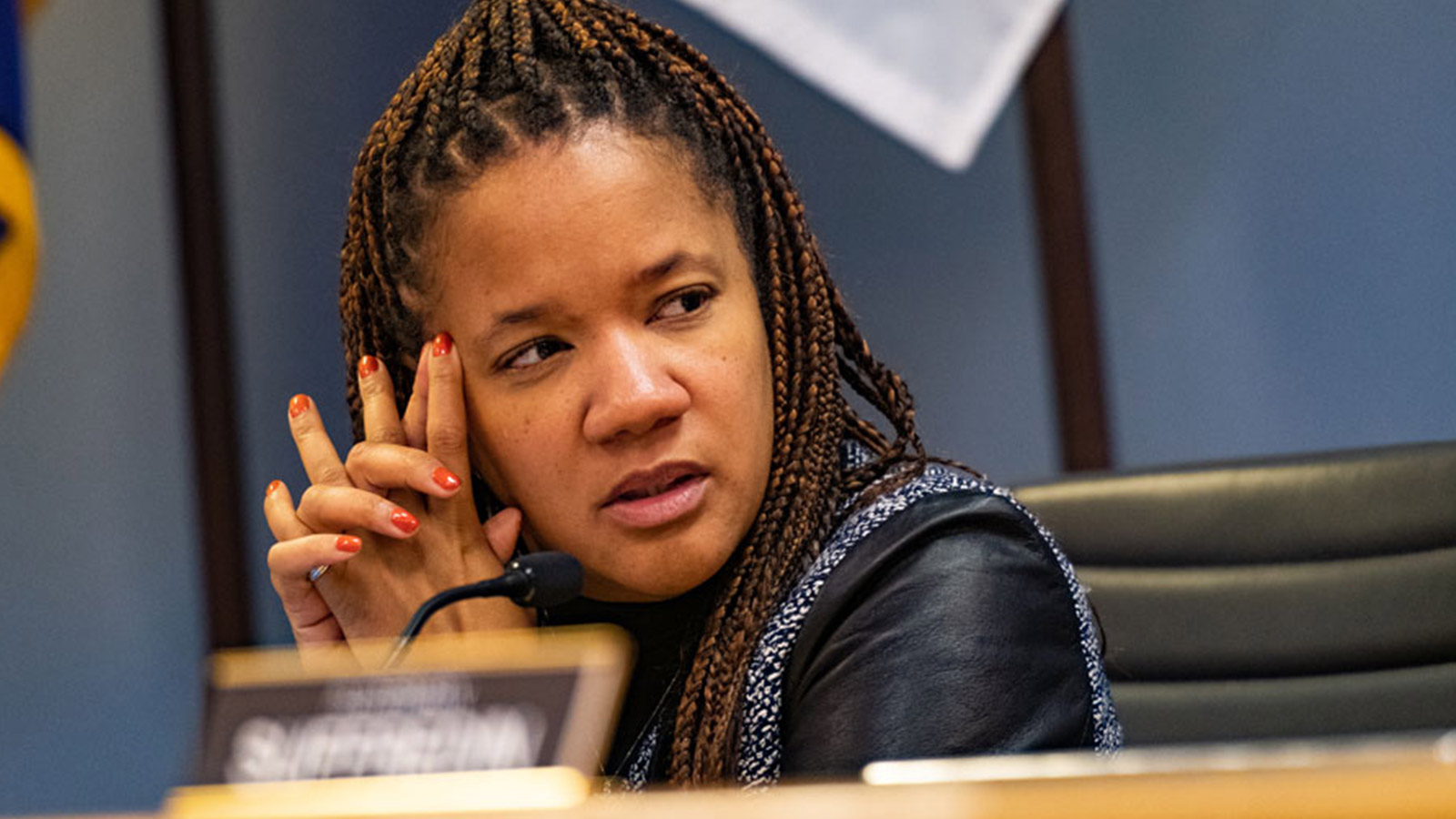 Just last month, Greenbelt, a small Maryland suburb outside the nation’s capital, became the latest to join the movement for local reparations, as voters approved legislation to study ways to repair the damage past policies did to Black and Native American residents.

Colin Byrd, mayor of the city of about 23,000, said he was “grateful that it passed.” Talking about reparations “is long overdue in America—and in Greenbelt,” he said shortly after the votes were counted.

As a decades-old proposal to study if the federal government should pay reparations for centuries of legal bondage officially ended by the Civil War languishes on Capitol Hill, more and more state and local jurisdictions have acted on metropolitan-based issues that supporters say have destroyed once-vibrant communities of color and continue to hamper economic and social progress.

The shift is in many ways logical. Before the war, the vast majority of African Americans lived and worked in the South, where the economy was based in agriculture.

After emancipation, they fled lynching, Jim Crow injustice and segregation for better jobs and better opportunities up North and out West, only to encounter similar challenges.

Earlier this year, a group of mayors got together in Sacramento and promised to launch urban-based reparations initiatives. Quinton Lucas, the mayor of Kansas City, Missouri, was one of them.

“I think the mistake people sometimes make is that they think reparations is a story about slavery alone, but it’s about looking at the legacy of the unfairness that exists,” he told The New York Times.

In March, the Chicago suburb of Evanston became the first municipality to approve a local reparations program when it agreed to pay up to $25,000 each to victims of housing policies that discriminated against African Americans during certain years.

Since then, others have unveiled similar efforts, especially in California.

“The Fillmore was the vibrant hub of San Francisco’s Black community before it was destroyed by inherently racist programs designed to remove Black families and culture. Deeding the Fillmore Heritage Center back to the local community is an extremely important first step in righting that historic wrong,” The Rev. Amos C. Brown, head of the local NAACP chapter, said in a statement.

Asheville, N.C. approved a reparations initiative last year to invest in neighborhoods where Black residents face disparities, and city officials began last month to screen applicants for the 25-member commission that will decide what those investments will be.

In Evanston, meanwhile, the first payments to be made under the measure approved in March were to be announced this month, even as a national reparations study proposal, endorsed by the Biden administration and approved by a House committee in April, has yet to come up for a floor vote.

“Waiting for Congress or the White House is not necessary. As we are showing here in Evanston, Ill., actual reparations, not just their study, can be enacted by cities nationwide,” Robin Rue Simmons, one of the Evanston City Councilmembers who pushed the legislation, wrote in The Washington Post. “All it takes is determination, humility and an unwavering commitment to reparatory justice.”

The Evanston program was rooted in part in the idea that home ownership is a primary source of personal wealth that can be passed from one generation to the next, and in recognition of a sizable wealth gap between Black and White families today.

The land in Manhattan Beach returned to the descendants of the Black property owners is being cited as an example of another way to reclaim sources of potential prosperity confiscated generations ago.

“This is an important social movement that is challenging this nation to really, really think about how to right these historic wrongs. I think this starts the conversation, because no one I think can reasonably conclude that in a country that has been organized around racial inequality, that somehow Blacks were not exploited for their property,” DePauw University Africana Studies professor Emmitt Y. Riley III told The Washington Post.

The California sterilizations reparations program authorizes payments of up to $25,000 each to persons sterilized during a state eugenics program that treated an estimated 20,000 men and women. Those treated were said to be unfit to be biological parents because of particular mental illnesses, physical disabilities, or other generic traits.

North Carolina and Virginia authorize payments to persons sterilized during eugenics programs. The California legislation, however, is the first to grant payments to women who were sterilized or underwent similar procedures without their consent while in state prisons between 2005 and 2013.

A 2016 University of Michigan study estimated there were more than 600 survivors of the two programs, most from the eugenics program.

Many of the local reparations programs are rooted in what proponents say was the destruction of vibrant Black communities by urban renewal programs, the building of freeways and interstate highways, as well as gentrification.

New York University law professor Deborah N. Archer has asserted that construction of interstate highways created or exacerbated many of the problems reparations proponents argue must be addressed.

“In states around the country, highway construction displaced Black households and cut the heart and soul out of thriving Black communities as homes, churches, schools and businesses were destroyed,” Archer wrote last year.

“In other communities, the highway system was a tool of a segregationist agenda, erecting a wall that separated White and Black communities and protected White people from Black migration. In these ways, construction of the interstate highway system contributed to the residential concentration of race and poverty, and created physical, economic, and psychological barriers that persist.”

Freeway construction in Minneapolis had a devastating impact on communities of color there and the City Council has approved a multi-year program to address the problems in its wake. In Lansing, Mich., meanwhile, city officials are considering whether the construction of Interstate 496 did similar damage to communities removed to make way for it.

The concerns are similar in Nashville, where a community on the city’s Northside that local Black leaders say used to be a center of Black life and higher education now is said to have one of the highest incarceration rates in the nation.

“The correlation between poverty and incarceration is well documented,” Brookings Institution researchers Andre M. Perry and Anthony Barr wrote earlier this year. “However, we shouldn’t view poverty as causing criminality and higher incarceration. Rather, both are symptomatic of the systemic racism that resulted in the destruction of assets that increase social and economic mobility.”

They cited a study that suggested that one-third of all 30-year-old men who are not working are either in prison, in jail or are unemployed ex-prisoners.