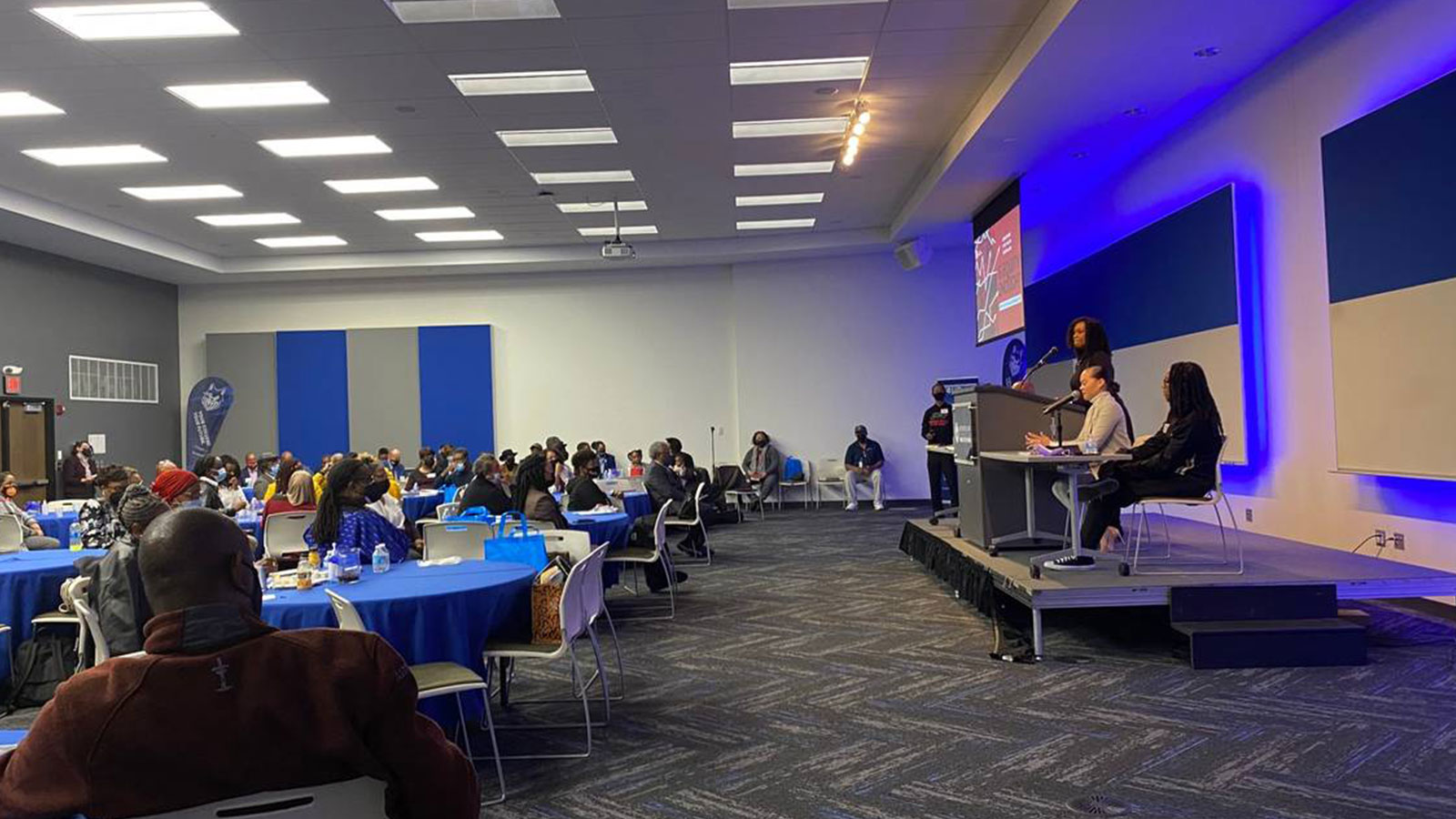 Reparations in Kansas City called for at Urban Summit Conference

When Gwen Grant looks at the socioeconomic gaps between Black people and white people in the Kansas City area, she feels troubled. “At first glance, you would think, ‘Are we ever gonna be able to make a difference?’” Grant said. “But then you also have to look at these numbers as an opportunity for our community to come together and think about or re-imagine how we’re going to bridge these divides.” Grant, president and CEO of the Urban League of Greater Kansas City, shared statistics Saturday at the 14th Annual Urban Summit Conference at Metropolitan Community College-Kansas City. The data was presented in the 2020 Black/White Equality Index.

More than 100 people attended the conference.

Some of the disparities highlighted in the Equality Index include:

“Our efforts to achieve equality in economics, education, health and social justice are met with powerful forces of resistance that impede our ability to sustain forward movement, especially in the areas of economics and social justice,” Grant said in a statement announcing the findings.

Grant said she would present the report’s findings to the City Council. She hopes officials will use the information to influence their decision making. Grant believes the efforts that are being made so far aren’t enough to close the gap.

“These policies are inadequate to fully address the systemic and pervasive nature of these problems,” Grant said. “So something much more radical has to be done.”

The Urban Summit Conference included discussions on reparations, where government — either on a federal or local level — would pass policies intended to close the wealth gap and other disparities, which were created by centuries of anti-Black racism, including slavery, Jim Crow laws and redlining.

“Although unpopular as it may sound to some, the financial and political tools needed to close the racial wealth gap can come in the form of federal, state, and local reparations for African Americans,” said Ajamu Webster, Urban Summit Annual Conference chair and CEO of DuBois Consultants. “This is what restorative justice looks like.”

Grant isn’t sure if reparations will be passed at a local level. But if they aren’t at first, that’s not going to stop her.

“All I can say is we’re gonna fight for these things,” Grant said. “We’re gonna have a plan and we’re going to talk about what things we can do. We know this is not a sprint my any means.”

Over the summer, Mayor Quinton Lucas’ office said he was exploring how reparations might work in Kansas City.