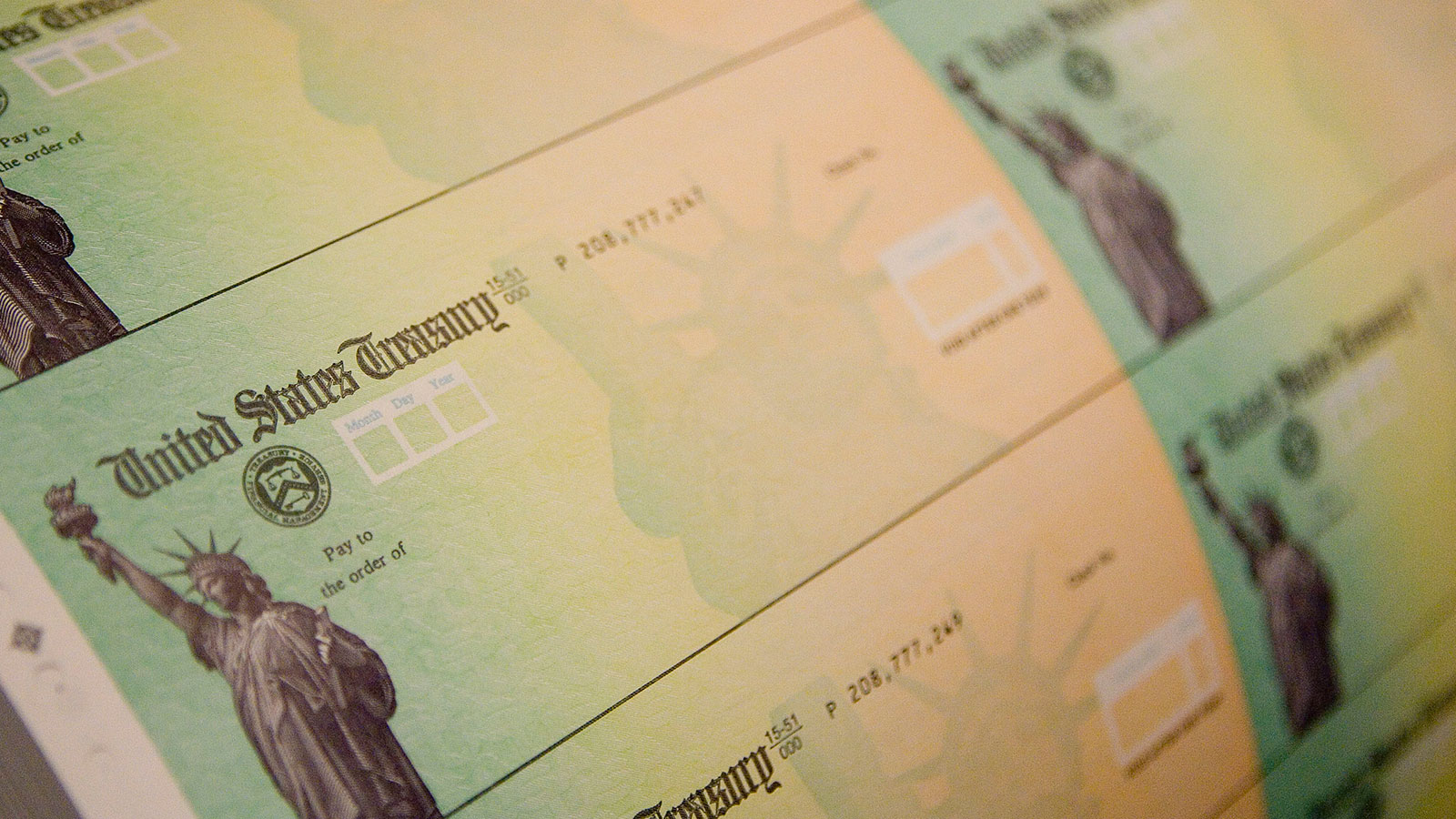 Who Should Receive Reparations and In What Forms?

The National African American Reparations Commission (NAARC) is comprised of leading African American activists, scholars, professionals and experts in the fields of law, economics, politics, health, education, religion, labor and community development. As such NAARC serves as an influential and authoritative voice on the definition, values and criteria for reparatory justice initiatives and a vehicle, among others, to intensify, broaden and deepen the Reparations Movement in the U.S. and globally.

NAARC has formulated a 10-Point Reparations Program modeled after the CARICOM Reparations Commission’s 10 Point Program to serve as a frame of reference and guide for the growing discourse on reparations in the U.S. With the National Coalition of Blacks for Reparations in America (N’COBRA) as a foundational collaborating partner, NAARC is also at the forefront of the movement to secure passage of HR-40, the Congressional Bill that will create a Commission to study and develop “Reparations Proposals for African Americans.” Finally, NAARC is extensively engaged in providing assistance to and certifying municipal, local and state reparations initiatives utilizing the milestone Evanston Reparations Initiative, which was certified by NAARC, as a flexible replicable model.

For the second time in recent history, NAARC is compelled to address the fundamental question  of whether reparations should be restricted to Black people who can trace their lineage exclusively to the period of enslavement in America. As the reparations movement is surging in municipalities, states and at the federal level, definitive clarity on the issue of eligibility is crucial.  The question of various forms of reparations is also critically important.

While NAARC welcomes principled collaboration and dialogue on the issue of eligibility, there is a troubling and potentially dangerous debate percolating within Black America today. There are forces associated or previously associated with the relatively new organization American Descendants of Slavery aka #ADOS which are forcefully advocating the position that reparations should be limited to the period of enslavement in “America” between 1619 – 1865 and should only benefit those persons who can prove a direct genetic lineage to people who were enslaved during this period.

Whether well-meaning or not, this position is well outside the mainstream of the heroic multi-generational struggle for reparations in this country; the posture embraced by the National Coalition of Blacks for Reparations in America (N’COBRA), affiliated organizations like Black Lives Matter (BLM), Movement for Black Lives (M4BL), Black America’s leading civil rights legacy organizations the NAACP,  National Urban League, Rainbow/PUSH Coalition, National Congress of Black Women, National Council of Negro Women, National Action Network and prominent voices for Reparations like Danny Glover, Congresswoman Sheila Jackson Lee and Congresswoman Barbara Lee. NAARC also rejects this restrictive eligibility framework, along with its chilling implications.

We take this position because the focus on who can prove a direct lineage to the enslavement era contains two major false assumptions:

NAARC emphatically rejects both assumptions. We ask proponents of reparations based solely on lineage how much genetic material must be identified in one’s blood from the enslavement era in order to be eligible for reparations? Factually, the genetics of people of African descent/Black people in the United States are the result of the amalgamation of multiple lineages from within this country, Africa and the diaspora:

In addition, as noted in the Preamble to NAARC’s 10 Point Reparations Program, the wealth of America was not only accumulated from the centuries of free labor that was brutally extracted from enslaved Africans, but the systematic, often violent repression, exploitation and deprivation of Black people after Emancipation under the American system of apartheid. This repression and exploitation continues to this day under a political and economic system infected with white supremacy and structural racism.

Therefore, it is important to emphasize that in addition to enslavement, reparations are due for the legacies of enslavement; the injuries/harms inflicted on formerly enslaved Africans and newly arrived immigrants from Africa, the Caribbean, Central and South America and the Diaspora after Emancipation through racially-exclusionary policies during the era of Jim Crow Segregation and right up to the present:

The Homestead Act – Signed by Abraham Lincoln in 1862, the federal government allotted 270 million acres of land that benefited poor and working-class Whites and corporations but excluded Blacks.

Federal Housing Administration Act – Enacted in 1935, the FHA provided loans to families to enable them to own homes and generate wealth. While millions of White Americans were afforded the opportunity to realize the “American Dream” of home ownership via the FHA, millions of Blacks were denied the same opportunity.

Urban Renewal – Often referred to as the “Negro Removal Program” of the 20th century, with federal funds, local and state authorities deliberately built highways and streets that cut right through Black neighborhoods devaluing the value of homes resulting in loss of wealth and shredding ties and relationships which constituted the essence of “community.”

Redlining – With the support or complicity of municipal authorities, financial institutions deliberately starved designated Black neighborhoods of investment, depriving them of the opportunity to generate wealth and in many instances contributing to the blight and deterioration of communities.

War on Drugs and Criminal Injustice System: From the period of enslavement to the present, Black communities have been targeted and occupied as a calculated policy of control leading to mass incarceration, police violence and murders which have traumatized and thwarted the development of Black communities for generations. As the brothers and sisters in the hood say, the War on Drugs and the criminal punishment system is “A War on US.”

The point of this recitation of injuries/harms is to clearly demonstrate that gross violations of the human rights of people of African descent/Black people in America persisted long after the period of enslavement. By definition these harms warrant redress in the form of reparations!

The reality is that the oppression of people of African descent/Black people, be they originally from the continent of Africa, from an enslaved lineage in America, the Caribbean or elsewhere in the diaspora has been and is pervasive. Amadou Diallo from Guinea in West Africa and Abner Louima from Haiti were not spared from New York Police Department’s terrorism due to their status as immigrants. They received the same treatment as Eric Garner in New York, Breonna Taylor in Louisville, Sandra Bland in Waller County Texas and George Floyd in Minneapolis.  They were targeted because they were Black people!

Clearly it would be the height of hypocrisy and injustice to limit reparations to only those who can prove a direct lineage as victims of the enslavement era.  To reiterate, NAARC firmly asserts that reparations should not be restricted to people of African descent who can prove their lineage to what is being termed “American” enslavement. Our position is basic and clear: All Black people who were harmed by America in America, should be repaired by America in America.

Reparations In What Forms?

Moreover, the historical fact is that centuries of enslavement, post-Emancipation racially exclusionary policies and practices, psychological trauma, racial oppression, violence and mass incarceration have severely underdeveloped and, in some instances, outright destroyed families and communities in Black America. As a result, both direct and community benefits, in whatever form or forms that are agreed upon, are necessary components of a reparatory justice settlement.

By direct benefits we mean cash payments or other resources like free tuition. For example, it is a disgrace that living descendants of the Tulsa Massacre and the destruction of Black Wall Street, all of whom are more than 100 years old, have never received any form of reparations. Community benefits are intended to provide resources to restore neighborhoods and institutions or to establish projects and programs for the collective enhancement of Black people. When the descendants of destruction of Black Wall Street receive direct benefits, the community that was destroyed must still be restored. This will require community benefits. Whether direct or community benefits, All Black people who were harmed by America in America, should be repaired by America in America!

In conclusion, we cannot afford to be distracted by misguided notions about who is entitled to reparations and in what forms no matter how well-intended.  Any attempt to draw lines between those who are the descendants of the enslavement era and those who followed is a prescription for division and failure; a disservice to the multi-generational struggle for reparations courageously carried out by our ancestors. There will be only one victor if people of African descent/Black people in America are distracted and divided: an amoral Capitalist political-economy and white supremacist system which was/is responsible for the enslavement and centuries of oppression and exploitation of our people will triumph, remain substantially intact, without making restitution for its crimes against humanity. In memory of our ancestors and in the spirit of Pan Africanism, NAARC is determined that none of our people will be deprived of reparations. In the words of the Honorable Marcus Mosiah Garvey, “One God, One Aim, One Destiny.”  All Black people who were harmed by America in America, should be repaired by America in America!