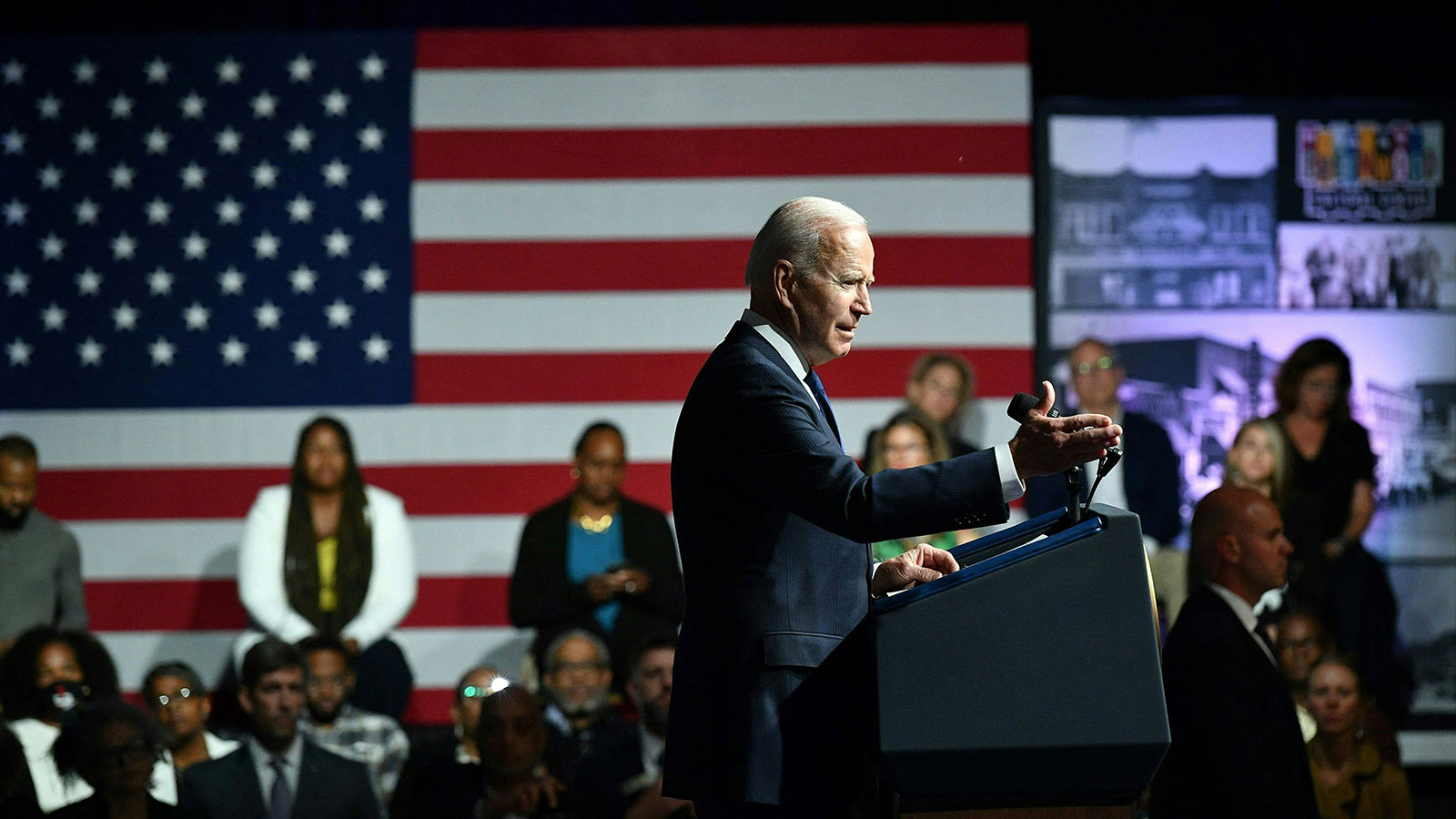 WH Dodges on Whether Tulsa Massacre Survivors Should Get Reparations

The White House declined to back a proposal for three survivors of the 1921 Tulsa Race Massacre and other descendants affected by the riots to receive reparations, a recommendation made by a state commission into the incident, the Washington Examiner reported on Tuesday.

White House spokeswoman Karine Jean-Pierre said on Air Force One en route to Tulsa on Tuesday that President Joe Biden’s focus was on raising awareness about the “tragic and devastating” massacre rather than seeking to compensate those affected.

She added that the president also “supports a study, as we’ve said before, into reparations, but believes that, first and foremost, the task in front of us is to root out systemic racism where it exists right now.”

Biden is visiting on Tuesday to mark the 100th anniversary of the massacre, the first president to travel to the city to commemorate the event. As many as 300 black Tulsa residents were murdered and another 10,000 were left homeless when rampaging white residents destroyed houses and businesses in the city’s historically black and then-thriving Greenwood District.

An Oklahoma commission in 2001 acknowledged that the tragedy had been omitted from the state’s history and recommended that those affected by the massacre be paid reparations, according to the Examiner

Last month the House Judiciary Subcommittee on the Constitution, Civil Rights and Civil Liberties held a hearing concerning the massacre’s centennial, where Viola Fletcher, the tragedy’s oldest living survivor, testified about her memories of the event and her demand for justice for those who are still alive and who suffered from the massacre, KJRH reported.

Fletcher and other survivors are pursuing legal action against the city in order to receive reparations.

The White House spokeswoman also reiterated on Tuesday Biden’s position that the federal government should have “no role in setting school curriculums” as conservatives and liberals argue nationwide about whether critical race theory should be taught in classrooms.

Critical race theory is defined by the Encyclopedia Britannica as the concept in which race is a socially constructed category ingrained in American law intended to maintain social, economic, and political inequalities between whites and nonwhites. It holds that the U.S. society is inherently or systemically racist.

“Setting academic curriculum is a responsibility of state and local officials,” Jean-Pierre said. “Curricular decisions shouldn’t be driven by politics, as you can imagine, but the president does believe that it is important for our nation’s students to fully understand our history.”

The White House also announced several proposals on Tuesday to help black small business owners and homeowners, including plans to double in the next five years the share of federal contracts awarded to minority ventures and entrepreneurs, which is equivalent to some $100 billion, according to the Examiner