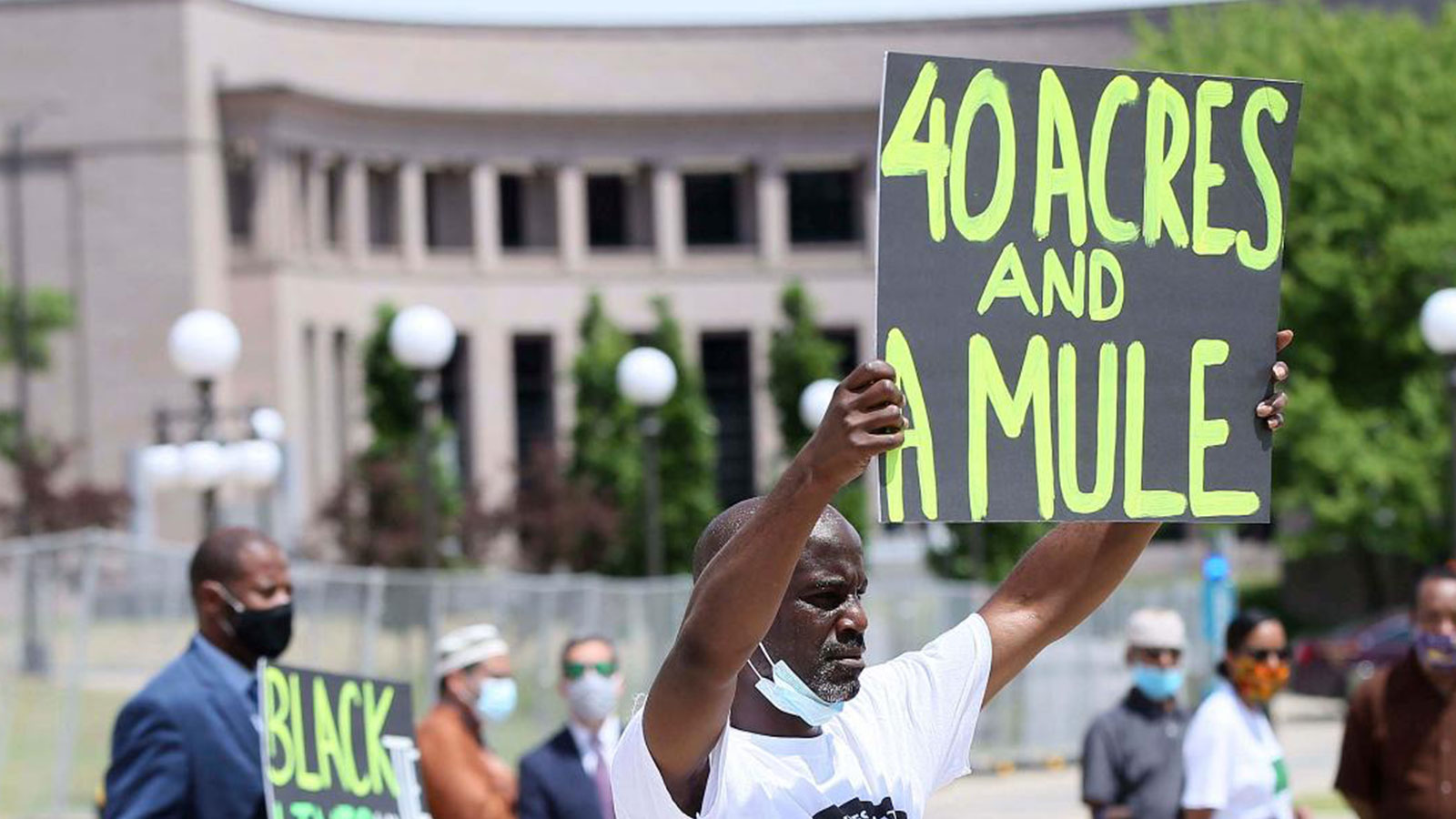 For more than four hundred years, four thousand months, and two hundred million minutes, the United States of America has been living with and in the sin of slavery. Abolished yet alive, as many activists and scholars have demonstrated, slavery in one form or another has persisted and lingered like an untreated virus, constantly spreading and infecting even as many claim its death occurred back when the ink dried on Abraham Lincoln’s Emancipation Proclamation. From the prison industrial complex, to the Tuskegee experiment, to chain gangs, to the wars on crime, poverty, and drugs, Black people’s lives remain vulnerable and unprotected by the very government that abolished the institution and practice of slavery.

American slavery and a broader European slave trade born of greed, racism, rape, and colonization saw to it that Black people’s humanity was defamed, violated, and subverted. From their homes in Africa and the West African ports of no return, hundreds of thousands of Black people were carried across the Atlantic Ocean through the brutal Middle Passage to lands occupied by indigenous peoples across the Americas and the Caribbean. They would die in transport or in the fields of the global South or basements of the global North. Many would die at an early age, but not before they could procreate the next generation of enslaved Black people.

Black people were owned, their bodies and families taken from them, their souls devastated as a matter of daily life. All the while their labor was demanded and provided free of charge. This is the racial history and truth of human violation and suffering that we have inherited. And as with any inheritance, we have been bequeathed responsibilities, among them rectifying certain debts. These accumulated and persistent violations, injuries and debts, compensation commonly known as reparations, remain unpaid and unreconciled. In the interim, Black people have effectively been left to their own devices with little state support, though they have been subjected to deeply embedded anti-Black state surveillance.

Nearly half a millennium later it would appear that it is impossible to precisely calculate damages and appropriately pay affected citizens and their families. Who gets paid? How are they paid? Why are they paid? If all the slave owners are long dead, then who and what parties do we hold accountable? These are the questions that have animated the reparations debate and attempts to actualize and effectuate repair in the United States since 1865.

In recent years, persuasive cases have been made for reparations across the political spectrum. Whether from conservative or progressive advocates, in almost every case reparations are mistakenly conflated with money. Money-based or economic reparations are important, though they cannot fully address all that is required to reach some semblance of repair. Through the continued and repeated emphasis on an economic reparations framework, we are led to believe that the death and devastation slavery produced can be summed up in and through a blank check awaiting figures determined by policy makers, researchers, and litigators. But do souls and lives and human bodies have a fixed market rate, an adequate monetary assessment that if paid makes all parties involved whole? Is the value of human life simply a matter of dollars and cents? Key answers to these questions require staunch adherence to a belief that Black people’s humanity is valuable and also beyond value. Therefore, it is necessary that we radically reframe reparations to determine all that is due: the true costs and debts cannot be neatly monetized.

Our unsorted and collective racial history and trauma must be confronted and healed if we are to transform the United States into a freer, safer, and more just society. There are piles of debts to reconcile. There are piles of violations to mitigate and redress. There are piles of unresolved issues of racial equality and racial equity to remedy. These piles reflect the seven types of reparations key to a global and national healing and reconstruction heretofore unseen and desperately needed:

These seven forms of reparations must be central to the quest in the United States and abroad to end racial inequity and heal from the sins and persistence of slavery, the slave trade, a global economy premised on enslavement, and the varied and distorted cultural mindsets they have authorized and circulated. Black people did not earn slavery. No human deserves to live within and under such a brutal regime of inhumanity. Black people along with their indigenous and Native American counterparts have, however, earned relief, repair, and a refund from the global, federal, regional, and local governmental bodies and agencies that have failed them, all the while taking tax money from them for centuries.

To achieve this critical shift, truth, racial healing, and transformation are integral. Such a pathway is consistent with and complementary to existing calls for reparations for African Americans long heralded by Queen Mother Audley Moore and former congressman John Conyers and now advanced by Congresswoman Sheila Jackson-Lee in H.R. 40, a bill that would establish the Commission to Study and Develop Reparation Proposals for African-Americans Act. Through the leadership of Congresswoman Barbara Lee and Senator Cory Booker, there is also currently a call for the creation of national Truth, Racial Healing, and Transformation (TRHT) commission, which I envision as the predicate for sustainable national, local, and regional Archives for Racial and Cultural Healing (ARCH).

The United States must seize this historic opportunity to achieve racial equity and racial healing in order to radically transform our society into one where the false notion of human hierarchy is finally obliterated. If this project is taken up seriously as an executive action accompanying legislative action, particularly within the new Biden-Harris administration, the United States can emerge on the global stage as a compelling example of how acknowledging and archiving the truth and achieving meaningful racial healing can create a transformed America where all people are treated fairly, are provided meaningful access, and receive first-class citizenship, thus preventing and mitigating future harms. If we intentionally and with urgency collectively establish dedicated public-private funding endeavors, national and local archives for racial and cultural healing, TRHT commissions, and implementable and targeted reparations policies, we can ensure that the dehumanization that the European slave trade bequeathed will finally end and we can embark on the new beginning we all deserve. The truth holds the key to racial healing, transformation, and our mutual and future prosperity.

Featured Image: People demonstrate at the Minnesota State Capitol in St. Paul, Minn. on Friday, June 19, 2020, to mark Juneteenth, the day in 1865 when federal troops arrived in Galveston, Texas, to take control of the state and ensure all enslaved people be freed, more than two years after the Emancipation Proclamation. (AP Photo/Jim Mone)