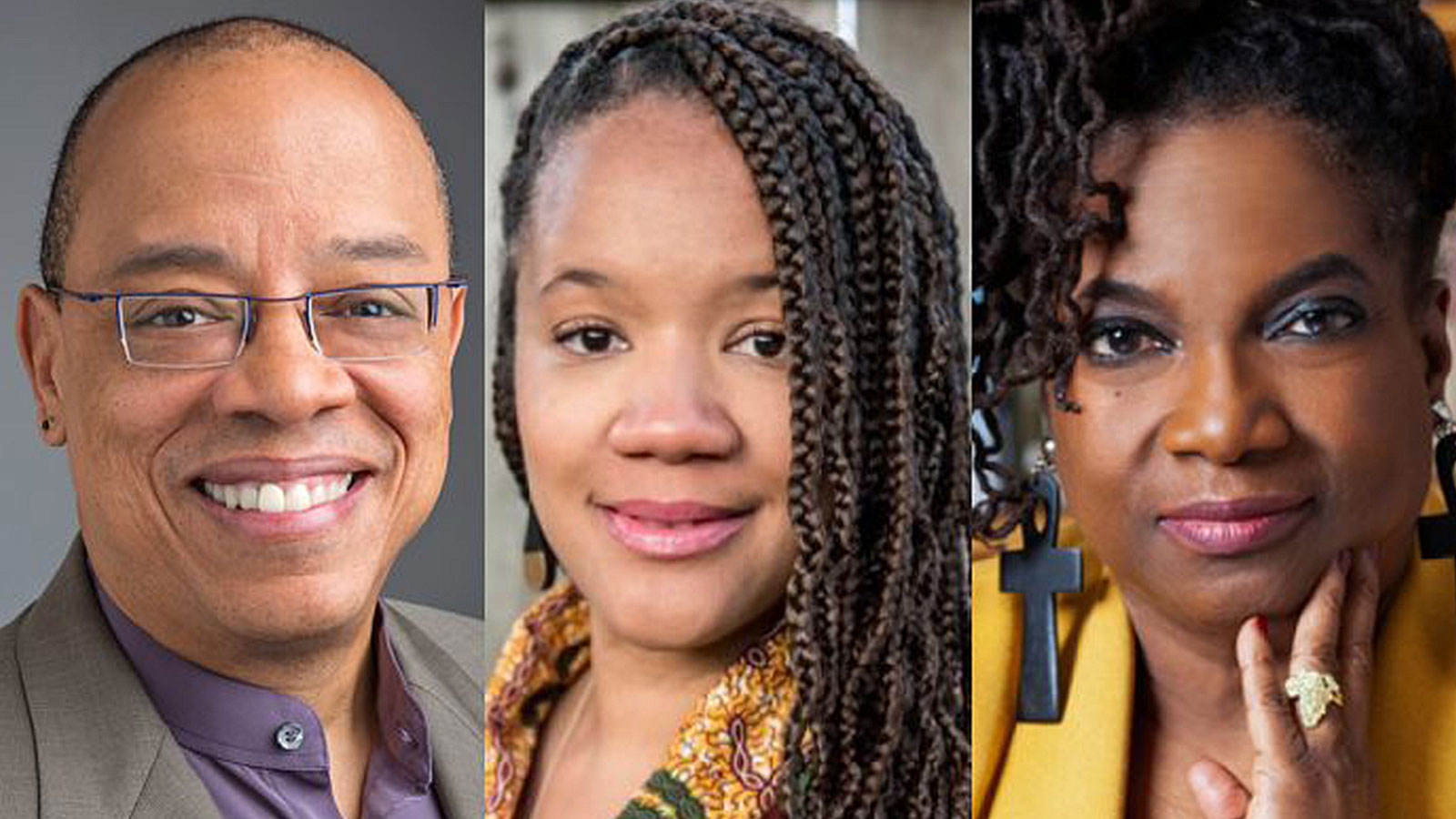 “The Winds of Change Are Shifting”

Now that the idea of reparations is gaining traction, Rappaport panelists grapple with the challenges and possibilities.

By Jamie Ehrlich, BC Law —

Three of the country’s most esteemed visionaries and activists engaged with students and community members in September about reparations in America, which seek to redress grave injustices stemming from slavery.

The event, “Reparations: Issues, Challenges, and Opportunities,” was co-sponsored by the Rappaport Center for Law and Public Policy and the BC Black Law Students Association (BLSA).

The panel featured moderator Jeffery Robinson, the founder and executive director of The Who We Are Project and former deputy legal director of the ACLU; Robin Rue Simmons, a former alderman from Evanston, IL, and also the founder and executive director of FirstRepair; and Nkechi Taifa, president of The Taifa Group and a senior fellow at the Center of Justice at Columbia University. BLSA Co-Chairs Kosisochi (K.P.) Ifediba ’23 and Travis Salters ’23 also participated in the program.

The case for reparations for Black Americans, raised over the past two centuries, has gained momentum in recent years. After a 2014 article in the Atlantic by Ta-Nehisi Coates, reparations re-entered the popular American vernacular. In 2020, the Black Lives Matter movement named reparations as one of its policy goals. In April, a panel in the US House of Representatives advanced a bill, H.R. 40, to study reparations for the descendants of enslaved people. The bill has been introduced in Congress every year since 1989 by Rep. Sheila Jackson Lee and until his death, the late Rep. John Conyers.

Robinson honed in on H.R. 40 and the multiple organizations supporting the bill. He acknowledged challenges to state and local reparations initiatives, citing Duke University Professor William A. Darity’s published remarks that “true reparations” can only be achieved by the federal government, not state and local governments. Robinson, Taifa, and Rue Simmons discussed why Darity’s views represent just one perspective, and in their opinion, fails to look at the whole picture.

According to Taifa, reparations requires a multi-faceted approach, including: 1) an acknowledgment and unfettered apology of historical wrongdoing; 2) recognition that the injury remains ongoing; 3) commitment by government, federal, state, and local, as well as private entities, to redress wrongs; and 4) compensation.

Rue Simmons proudly discussed Evanston, Illinois, the first city in the US to approve a reparations compensation program for eligible Black residents. The initiative was promulgated and shepherded by Rue Simmons and took two years to come to fruition. Rue Simmons discussed the legislative path forward and shared the steps necessary to reach consensus on the initiative. Other municipalities in the United States are also exploring reparation initiatives, including Providence, Rhode Island, Asheville, North Carolina, and both Cambridge and Amherst in Massachusetts.

“It was up to me to map out a viable path to pass a funded legislation that actually could bring repair and not be more ceremony,” Rue Simmons said. “And so we did that through committees. We have a commission that appropriately worked on this; the equity and empowerment commission led our community through a process where we heard from them. And, ultimately, our reparations committee came up with our first policy that was directed by the Black community.”

To pay for its reparations program, Evanston directs revenue from a 3 percent tax on legalized cannabis to homeowner assistance, either for loans or repairs, compensating for decades of discriminatory housing policies. Many activists consider Evanston a case study on how reparations can be implemented on a local level. However, as Taifa reminded the event’s audience, no group is monolithic, and there are many different visions of how reparations could be implemented.

“The demand for reparations has been very long and it’s been continuous,” Taifa said. “At this time, the winds of change are shifting and support reparations like a casket being thrust wide open. Reparations is not history. It’s not a thing of the past, but it is about historical justice. And until justice is done, it will always be part of my journey.”

Robinson challenged Darity’s opinion that reparations should only begin when the United States officially became a country, saying, “We’re talking about moral, historic, accurate descriptions of what the colonies did when they formed our country and what they did going forward.” Reparations, according to Robinson, must take into account that America was created on the backs of enslaved individuals who were deprived of wealth and riches. From the drafting of the Constitution to contemporary times, systemic racism demands reparative justice.