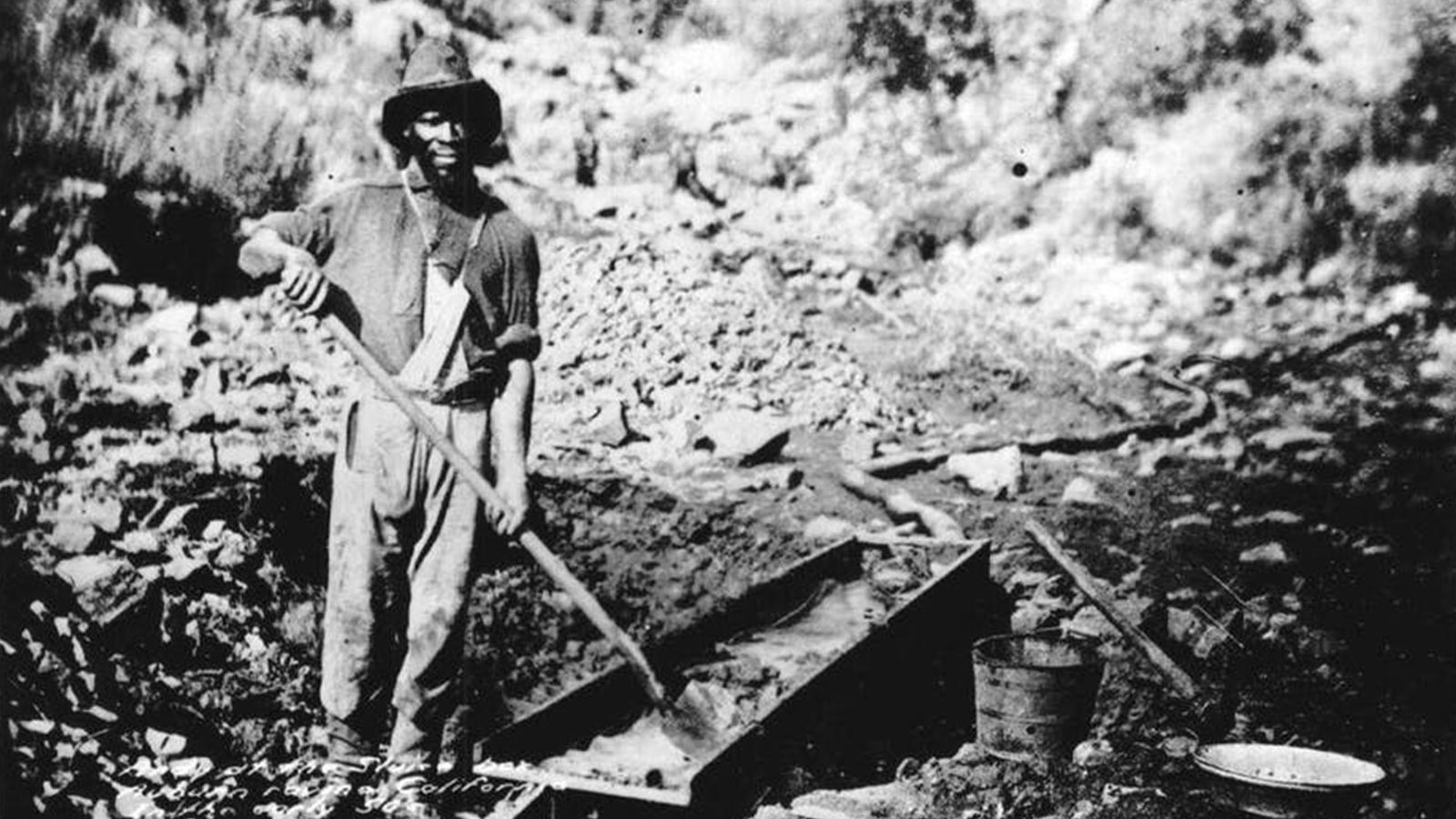 By Kevin Waite, The Conversation —

The history of American slavery generally conjures a set of familiar images: sprawling plantations white with cotton, gangs of enslaved African Americans stooped low over the fields, bullwhips cracking in the summer heat. It’s a strictly southern story – or so we’re told.

But that narrative misses a huge swath of the North American map and a crucial chapter in US history. American slavery wasn’t confined to the cotton fields and sugar plantations of the south. By the mid-19th century, it had reached the western end of the continent.

Human bondage had already been outlawed in California for two years when Robert Givens, a gold prospector and rancher, began planning to bring a black slave named Patrick into the state from Kentucky in 1852. Givens understood California’s antislavery law, but wasn’t concerned. Send Patrick west anyway, he urged his father, a Kentucky slaveholder. “When he gets in,” Givens wrote in a letter that resides at the University of California, Berkeley: “I should like to see any one get him out.”

Givens’ confidence was justified. Perhaps as many as 1,500 enslaved African Americans were forcibly transported to California between 1849 and 1861. Hundreds arrived before the state’s constitutional ban on slavery went into effect in 1850, but many others came after. California, as Givens realised, was a free state in name only.

I’m a scholar of slavery in the American far west. My new book, West of Slavery, explains how southerners, including Givens, transformed California and neighbouring territories into an appendage of the plantation states. Despite some excellent earlier works on the subject, the history of slavery in the American west hasn’t received the public attention it desperately warrants. Amid the ongoing global dialogue on slavery and its legacies, the American west is often left out of the conversation.

That’s partly because myths of the west – as a landscape of freedom and rugged individualism – are rooted deep in popular thinking. And today, Californians tout their reputation for cosmopolitan liberalism and cultural pluralism. Slavery has little place in the stories Americans tell about the west. Scratch beneath the veneer of this mythology, however, and a much darker history emerges.

Legalising slavery in a free state

In America before the civil war, enslaved people “were moved around like checkers”, as the Nobel prize-winning author Toni Morrison writes in her 1987 novel, Beloved. California may have been the far end of the board, but it was still in play.

Black chattel slavery came to California with the gold rush in the 1840s, but it persisted long after the rush had passed. Through most of the 1850s, enslaved African Americans could be found working in the gold fields and domestic spaces of California. They toiled alongside thousands of captive Native Americans.

This was despite the state’s constitution, which read: “Neither slavery nor involuntary servitude, except for the punishment of crimes, shall ever be tolerated in this state.” 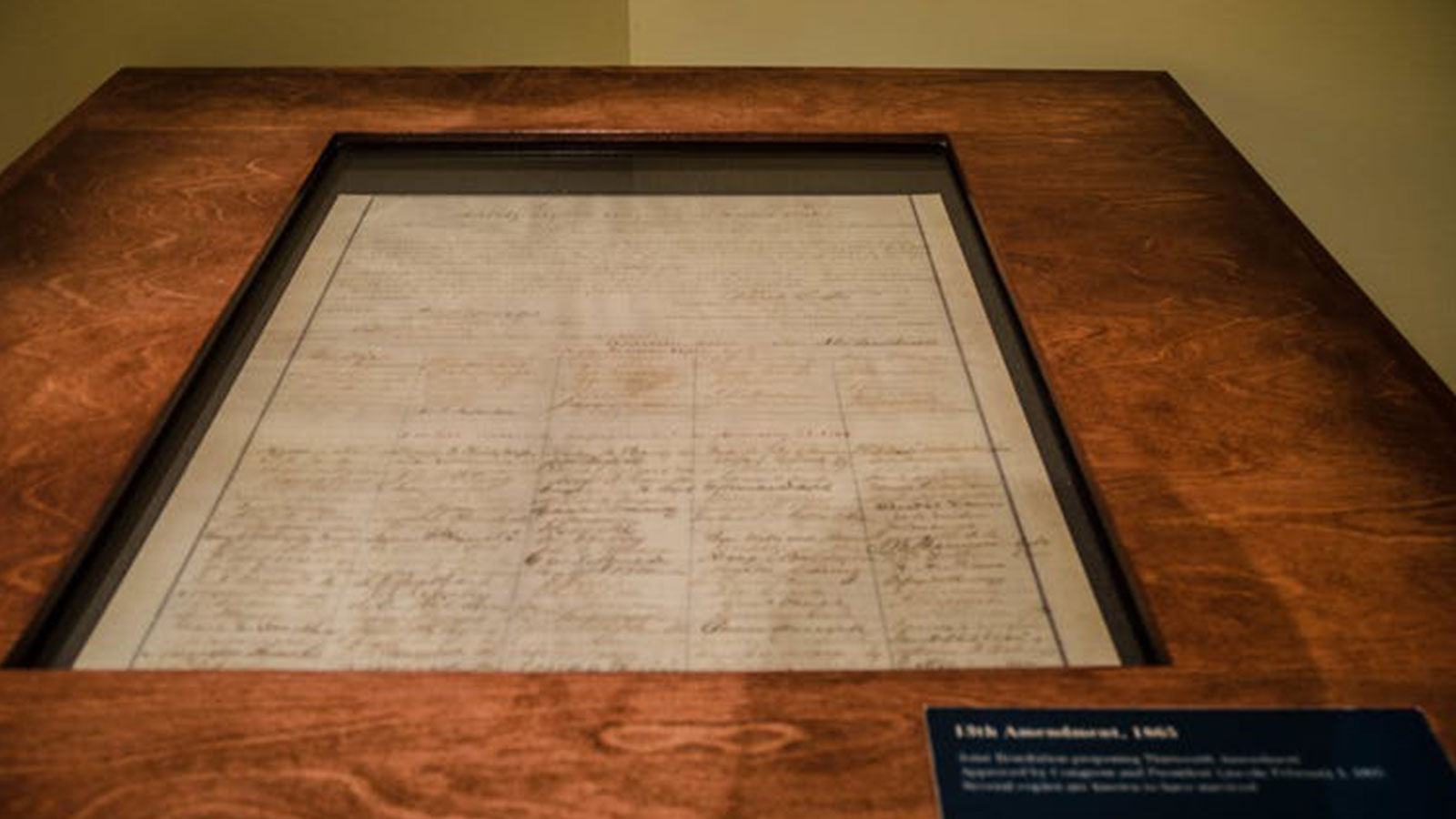 ‘Neither slavery nor involuntary servitude … shall exist within the United States. (Henry Ford Museum, CC BY-SA)

That law, however, required active enforcement by antislavery activists. And, as Givens and others discovered, such activists were in short supply, especially in the remote mining districts where slaveholders often clustered and forced their enslaved labourers to dig for gold.

More often than not, California slaveholders had the agents of the law on their side. Five of the seven justices who sat on the California Supreme Court between 1852 and 1857 hailed from the slave states. The chief justice during this period, Hugh C Murray, was a native of Missouri, known for his fierce pro-slavery views and hair-trigger temper. In San Francisco and Sacramento, he publicly assaulted anti-slavery opponents with canes and Bowie knives.

In dozens of cases, California courts ruled in favour of slaveholders and against the freedom claims of African Americans, as historian Stacey Smith has illustrated. Even previously emancipated black people were returned to those who claimed them as property.

A lack of antislavery policing allowed a slaveholding colony in San Bernardino to flourish in plain sight in the early 1850s. Mormon migrants, with at least two dozen enslaved African American in tow, built a settlement that rivalled neighbouring Los Angeles in size and, by most metrics, surpassed it in agricultural output. Only in 1856 did the settlement’s largest slaveholder come to trial, and only because he attempted to leave the state with his 14 enslaved labourers.

Slavery in the western territories

The story was much the same in Utah and New Mexico. Enslaved African Americans were among the first settlers of what would become Mormon Utah. They arrived in the late 1840s as the chattel property of a group of Mormons from the deep south, known as the Mississippi Saints. 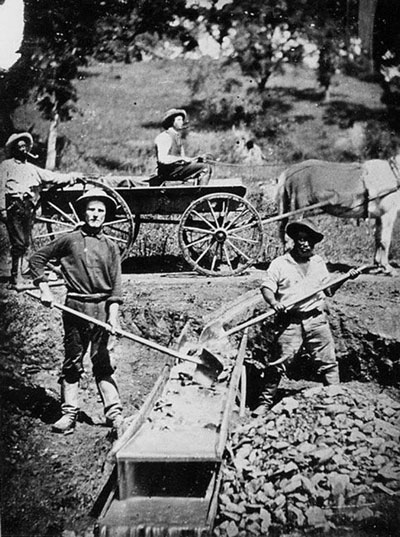 In 1852, Utah’s territorial legislature passed a slave code to protect the right of fellow Mormons to hold black people as property.

Seven years later, the territory of New Mexico followed with a slave code of its own. With 31 sections, “An Act to Provide for the Protection of Property in Slaves in this Territory” was far and away the longest bill passed by the legislature that session.

It detailed a litany of punishable offences for enslaved people and several protections for their enslavers. It also outlawed emancipation within the borders of the territory. According to a US senator from Kentucky, John J Crittenden, New Mexico’s law “is as complete on the subject as the law of any state that I know of”.

Aspiring slaveholders in New Mexico could also acquire the labour of bound Native Americans, either by purchasing indigenous captives from slave traders or by trapping peasants in inescapable cycles of debt. The enslavement of native people in New Mexico was so deeply entrenched that the practice survived the civil war and the passage of the 13th amendment. Enslaved Indians could be found in New Mexican households into the late 19th century.

The history of slavery in the American west is easy to miss. Whereas enslaved people in the south were often concentrated on large plantations, the bound labourers of the west generally worked behind closed doors or in remote mining regions. Some were smuggled illegally and held clandestinely.

Yet their experiences deserve closer scrutiny. Contrary to popular perception and regional mythology, the long arm of slavery reached across the United States in the 19th century. And thousands were caught in its grip.

Source: The Conversation
Featured Image: African Americans were used as slave labour in California and other western US territories during the 1850s. (California State Library)