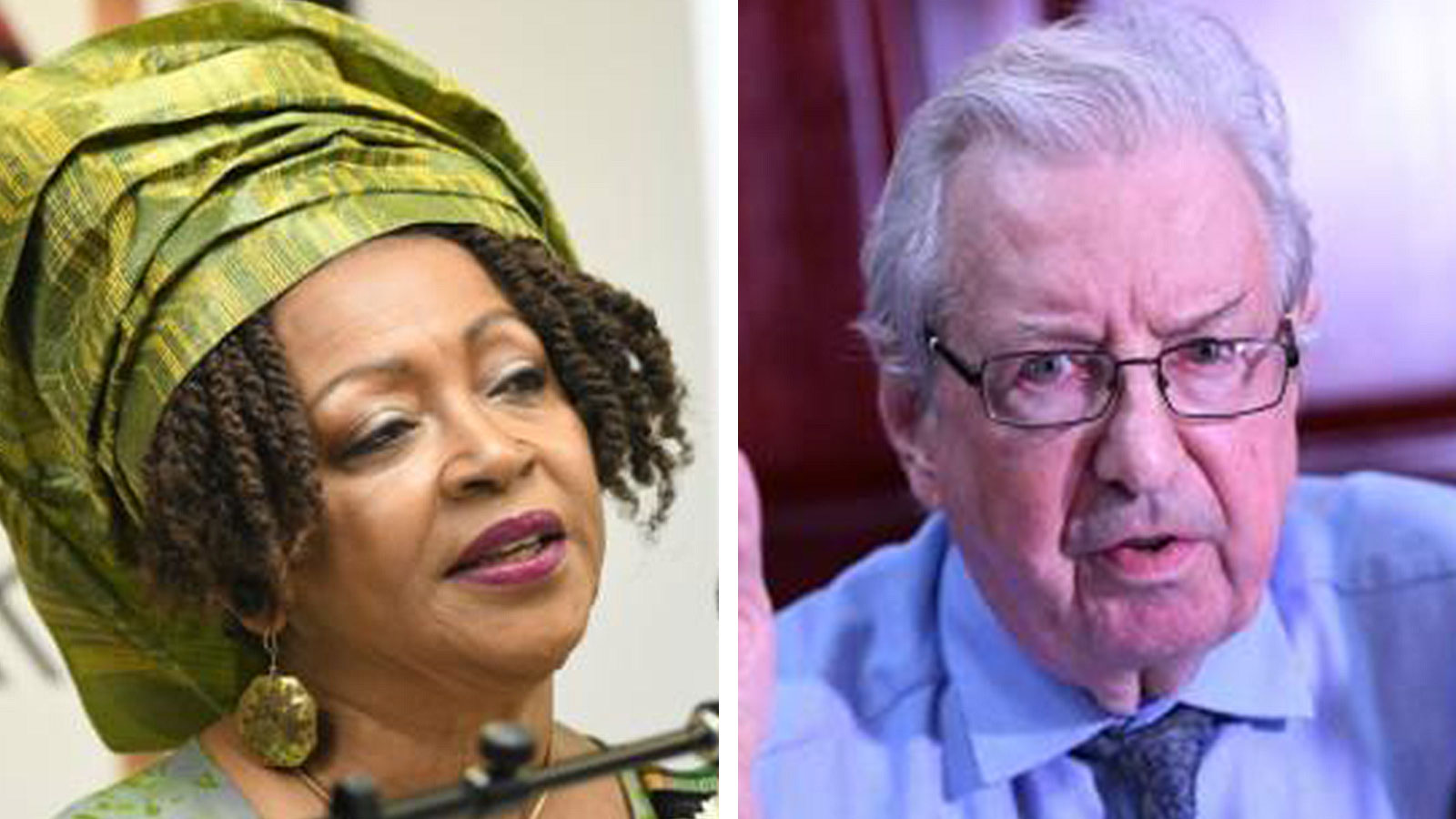 Reparation is crucial in a divided world – Lord Anthony Gifford

By The Jamaica Gleaner and UWI’s Centre for Reparation Research —

In this week’s Reparation Conversations, a collaborative initiative between The Jamaica Gleaner and The UWI’s Centre for Reparation Research, we bring you the second of a two-part interview which the director of the UWI’s Centre for Reparation Research (CRR), Professor Verene Shepherd (VS), conducted with British-Jamaican Lord Anthony Gifford (AG). Gifford is a former barrister and QC in London who established a law practice in Jamaica in 1991 and has been in the Jamaica reparation movement since 2009.

VS: QC Gifford, if someone asked, what is an English Lord doing in the Caribbean Reparation Movement, what would be your answer?

AG: I have spent 25 years as a Jamaican as well as being British. But that is not the sting of the question. The answer is that I am a passionate believer in justice, and I am not in the business of the ‘so-called’ victim being the only campaigner for justice. I believe I do not have to be a woman to campaign for women’s rights, and I do not have to be black to talk about racism. However, I do have to watch what I am saying, and I have to educate myself both as an attorney and as a campaigner, so the experiences of my comrades match. I have a passion for justice, and I don’t think it matters whether I am a Lord or not or whether I am white or not. I strongly believe that in causes, people will take me as they find me.

VS: Those who know you understand that passion as well as understood that many evil systems of the past have been brought down by united action across, gender, class, and ethnic lines. Let me shift a little bit, though, to push you on some of the testy obstacles to the reparation movement. Some people say that slavery is too far in the past for it to be used as a basis to claim reparation; that the victims are all dead; that there is no proof of the connection of the past to the present. What say you?

AG: I have always found this difficult a question, not because I don’t believe there is damage, but it is more for African Jamaicans to say what it is. When we assess the situation, we have to assess along the lines of consequences. There are both consequences in Jamaica and in Britain that must be analysed. The consequences in Britain are obvious. The British owners of enslaved Africans got the vastest compensation anywhere in history, and they built their castles and their stately homes and invested their money, and, therefore, there was a huge financial spin-off for them. However, for Jamaica, the enslaved population got nothing. Instead, they are left with the burdens of poor diet, underdevelopment, and broken homes. When you look at slavery in Jamaica, there was not only the physical torture that was exacted on the enslaved people, but the destruction of these families. In chattel slavery, a man and a woman who produced a child could not stay together because one would be sold into another plantation, etc. The result is that children grew up without families, and I think that when they talk about transgenerational and intergenerational damage, that is an example. We see the manifestations today in the anger, the violence, the difficulty in taking responsibility for our children.

VS: What is the most convincing argument that you know of that could be used to garner more support for the movement? Historical? Moral? Legal?

AG: We need all three arguments. We need the legal argument because this movement for reparation is not, never has been, and should not be, a plea for aid. One of the reasons why the British establishment is so against the concept of reparation is that they like to think that they give aid out of their generosity to poorer countries that haven’t been able to make it by themselves. What they cannot appreciate is the fact that the reparations’ claim puts the whole argument into reverse and says no, this demand is not aid. There is a solid case that we are able to make. You enslaved Africans without compensation, you robbed them, you are indebted to them, you enriched yourself massively from their labour and it is their right to claim reparation. In a formal claim for reparation, advocates stand with rights in making this claim and that is what makes the British particularly very uncomfortable.

VS: Any advice to those who despair and say Europeans will never pay reparation, so stop wasting your time?

AG: We are certainly not wasting our time. In fact, I feel so positive about it because it is a good cause well-grounded in justice and humanity. It will succeed. My experience has been that there is unity in strength and persistence on this journey for the reparatory justice. Even though there are supporters of different kinds, maybe with different motives, and different background, coming together is what is needed to change the official mindsets of the perpetrators. Nearly all the people I encountered who were my role models were assassinated, but other people take on the baton. I also think that the debate on reparations is going to be part of the most important feature of history, for the people. The more we can debate, change our institution, we will know what to repair.

VS: How do you assess the state of the reparation movement today in terms of support for it and impact on the perpetrators of the crime against humanity?

AG: I think there has been some extraordinary progress in the last few years in the reparation movement. I recall MKO Abiola, chair of the Abuja Conference, 1993, promised to take the issue of reparation to the United Nations. Unfortunately, he was overthrown, which left a gap before there were further discussions on reparation at the World Conference on Racism in South Africa, 2001. Nonetheless, the issue began to take flight with the forming of the Reparation Commissions in the region and with the rise of the Global Black Lives Matter Movement. What we see in the last few years is that people are making the link between the racism we fight today and the transatlantic trade in enslaved Africans. Recently, the most symbolic act that I can cite is the toppling of the statue of Edward Colston in Bristol, and arising from that were some individual acts of some companies, universities, etc. It is my view that for reparation to succeed there needs to be a comradeship, as there was in the Anti-Apartheid Movement, because governments will not change unless there is a massive popular movement towards reparatory justice.

VS: I join with you in your assessment and in your positive outlook as well as agree with you about the baton relay. Thanks for your generosity in allowing me to chat with you today. You wear the title of “passionate advocate” very well.