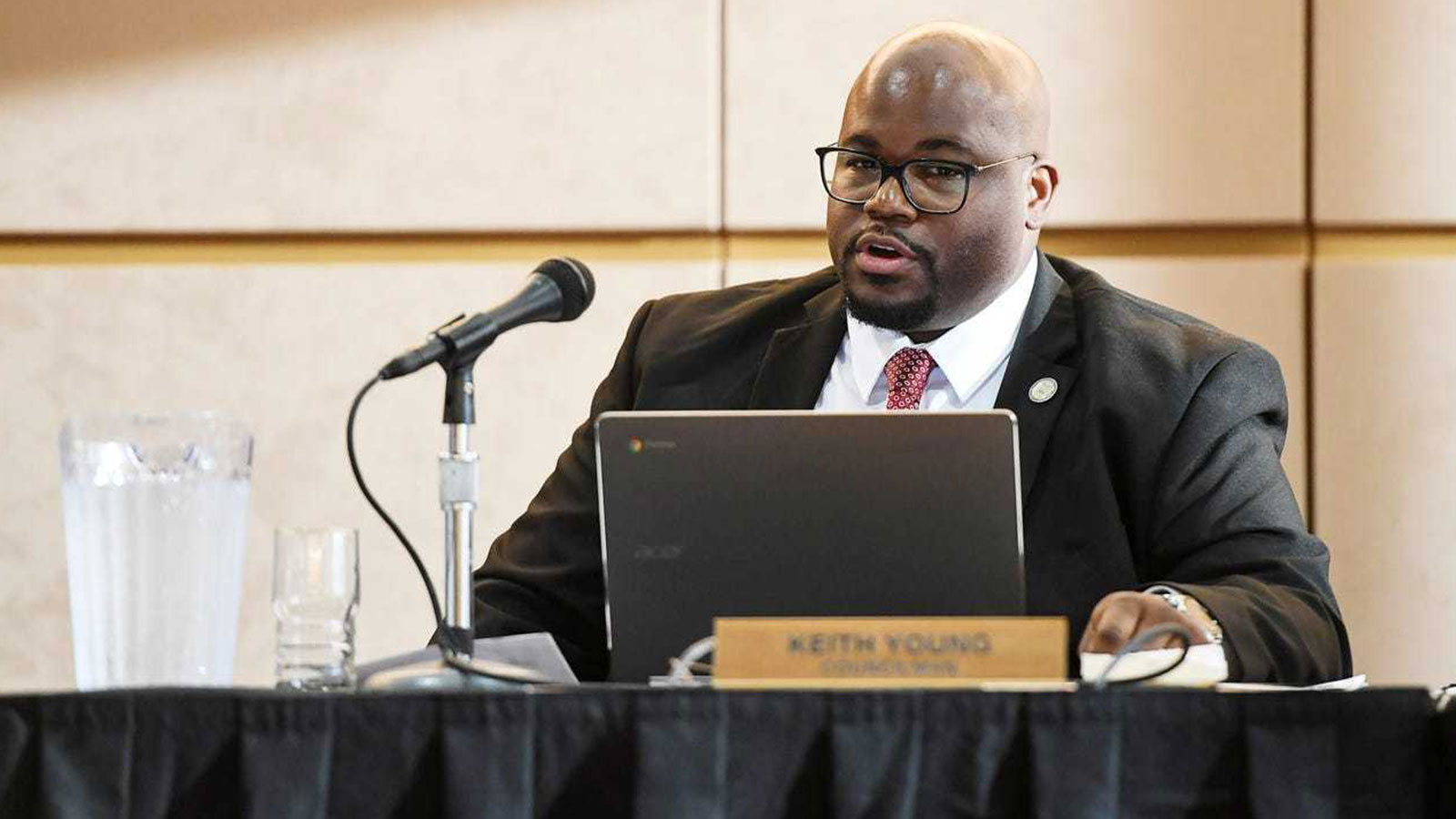 A $365,583 contract for a reparations project manager is facing criticism from the former elected official who wrote the city’s historic initiative.

Ex-City Councilman Keith Young reacted to the size of the contract after the council voted 7-0 Sept. 14 to award it to TEQuity, a Cary consulting firm run by Debra Clark Jones.

“God giveth and consultants take it away and the people who it should benefit watch in dismay,” Young said.

The project manager’s primary duties will be helping form the Reparations Commission and guiding the body that will make recommendations to the council on what type of restitution should go to Black residents for historic wrongs such as slavery and discrimination. That is scheduled to take until April 2023 when a final report is given to the council.

The council approved the contract with no comment as part of its consent agenda, a grouping of items deemed noncontroversial.

Prior to the vote, council members including Vice Mayor Sheneika Smith did not respond to requests for comment. Councilwoman Sandra Kilgore said Sept. 10 she had not been updated on details of the position.

The project manager will report to Brenda Mills, interim Equity Office director. Mills did not respond to Citizen Times questions asking the exact length of time of the contract, how the amount was determined and whether it was understood to be for one person or a multi-person staff.

The consulting fee will come from $2.1 million currently set aside for reparations, meaning 17% of that fund.

Young, who wrote the 2020 reparations resolution that garnered national attention, said the city’s Equity Office was supposed to do the work that would now be done by a consultant.

“I hope that means when you plan on spending money on the people it’s well over $2 million, considering what the consultant got,” Young said.

Formed to root out institutional racism in the city, the office once had five employees but now has no permanent staff. Former Director Kimberlee Archie quit in 2020 citing hostility from some large city departments and lack of support from City Manager Debra Campbell, the first Black administrator to hold Asheville’s top staff position. Other employees resigned one-by-one after that.

Campbell said she hoped to appoint a permanent director in July. But instead that month she appointed Mills to the temporary position. Part of Mills’ responsibilities will be hiring staff, Campbell said.

Clark Jones has held the position of vice president of advancement, external affairs, and technology at the historic Black St. Augustine’s University in Raleigh, according to her Linkedin account.

TEQuity previously contracted with Asheville, creating the city’s business disparity study that was the basis for a 2020 policy switch from “race neutral” to “race conscious” when hiring private contractors.

In the Raleigh area, the firm made recommendations for the North Carolina Innovation Corridor, advising on how to generate higher wage jobs and more equitable economic growth around the high-tech Research Triangle Park.

After Clark Jones was announced as the likely candidate Aug. 24, Councilwoman Antanette Mosley, one of three Black members of the elected body, praised the selection, noting she had lived in the area and has “actual Asheville ties.”