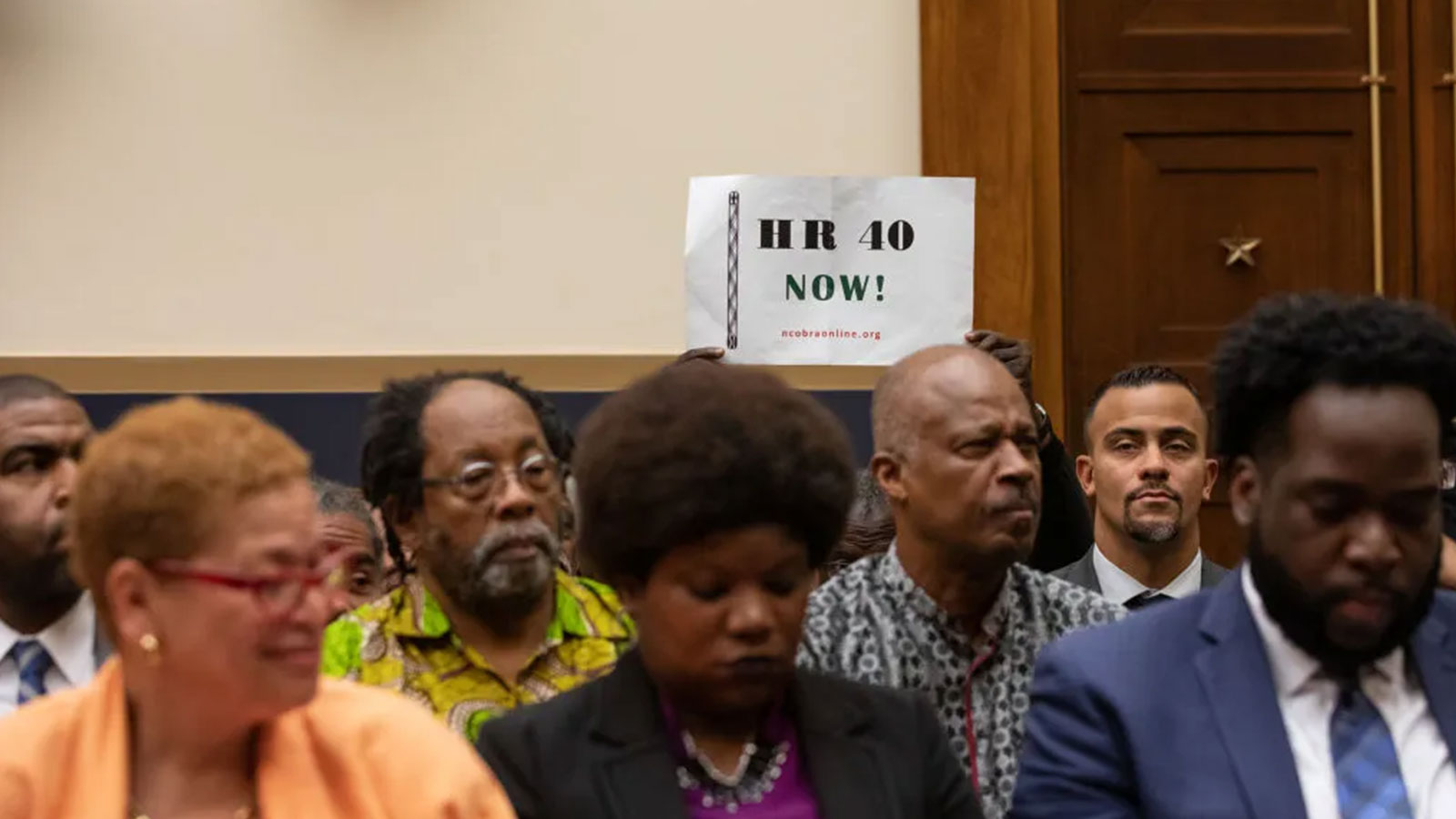 Toni Morrison said it best, “The function, the very serious function of racism is a distraction. It keeps you from doing your work. It keeps you explaining, over and over again, your reason for being.”

Since Ta-Nehisi Coates’ “The Case For Reparations” was published by The Atlantic, conversations about reparations have grown substantially. For many, reparations went from a passing wish to a possible reality.

Over the last three years, there has been an ongoing series of debates about pursuing governmental disaggregation among various Black ethnic groups in America and the idea that Black Americans (descending from enslaved Africans) need new names to delineate ourselves and receive reparations.

As a descendant of formerly enslaved African Americans and sharecroppers, I share the complex histories behind these discussions. Our ancestors “built this country,” but they built it as captives. To this day, we struggle with voter suppression, the right to fair housing, the right to safe and adequate health care and much more.

Delineate, Disaggregate, Win? Not so fast.

Some believe that we need federal recognition, similar to Native American tribes. The presumption is that if the government completely delineates and disaggregates African Americans from Black immigrants, they will more clearly see our dismal economic state and give us more specially targeted programs, including reparations, to help uplift us economically. However, even with 574 federally recognized Native American tribes, Native Americans have the highest poverty rate among racial groups in America. They also continue to endure discrimination and dehumanization.

Then comes the idea that all Black Americans should prove enslaved ancestry before receiving reparations. However, we can barely get an accurate Census count. Requiring slave ancestry documentation for 41 million people as a prerequisite to reparative justice opens up a whole can of worms. Such a prerequisite will likely increase barriers for families unable to meet specific standards of proof and turn reparative justice into a punitive, timely and costly enterprise. Proof of residency within particular time periods would be more efficient if we ever reach this point.

I’m begging folks to read ONE book and watch one documentary about African American history that wasn’t created by a YouTube influencer. And please look up Arturo Alfonso Schomburg, Afro-Puerto Rican historian and preserver of Black history in America. https://t.co/fKnUVFPFOo

What if we become “Freedmen” again…

Others believe we should stop using the terms Black American and African American and redesignate ourselves as Freedmen (citing the Freedmen’s Bureau) to bolster our legal justice claim. However, the “Freedmen” identifier didn’t prevent the U.S. government from arresting Callie Guy House as she advocated for reparations through her National Ex-Slave Mutual Relief, Bounty, and Pension Association. And though the Freedmen’s Bureau was a much-needed resource, the “Freedmen” identifier didn’t prevent the Bureau from enduring funding issues, resource strains, and its eventual demise due to racism.

Furthermore, the “Freedmen” identifier didn’t stop the Freedmen’s Bank from leaving many African Americans penniless, permanently losing their deposits. The term “Freedmen” is historic but is not a protector against racism and certainly does not ensure reparations in the face of legal battles.

What if we add “slaves/slavery” to our name…?

Audley “Queen Mother” Moore created the Reparations Committee for the Descendants of American Slaves. Through the Republic of New Afrika, she advocated for land ownership and reallocation to African Americans. She advanced the movement through ongoing advocacy and passed the torch to upcoming activists. Still, the U.S. government rejected these demands.

Various identifiers for Black Americans are not new and are not the reason why America will or won’t pay us reparations. The belief that new names and identifiers for African Americans are crucial to receiving reparations and closing the racial wealth gap is just not supported by history. Our problem is not that we’re using the wrong name or not delineating ourselves enough. We’ve been denied reparations because we live in a nation steeped in racism and white supremacy.

Toni Morrison said it best, “The function, the very serious function of racism is distraction. It keeps you from doing your work. It keeps you explaining, over and over again, your reason for being.”

What if we stop being African descendants?

This leads to minimizing or denying the TransAtlantic Slave Trade. Surely, this will not get us reparations either. These conspiracy theories are harmful narratives that showcase internalized anti-Blackness and Afrophobia. We work towards correcting this type of cultural misinformation at the National Black Cultural Information Trust, Inc.

What if we reject other Black people? Will America pay us now?

Unfortunately, much of the delineation conversations have delved into ongoing Diaspora Wars and xenophobia. Various online influencers have used misinformation to turn Black America’s complexities into a war against Black immigrants.

Their rhetoric has crossed over into nativism. The current “Foundational Black Americans” and other movements supposedly supporting “slave descendants” are prime examples of this. None of these digital battles produced anything tangible but has instead popularized Afrophobia, with many Black Americans also becoming targets.

The only beneficiaries are white nationalists and right-wingers that use anti-immigrant rhetoric like the Great Replacement Theory to keep America white. Anti-immigration leader Roy Beck, a protege of white nationalist John Tanton, has been galavanting in Black Twitter Spaces promoting his anti-immigrant book targeting Black Americans. Conservative commentator Ann Coulter recently published articles promoting a Black American replacement theory. They are enjoying this.

So what does Black America need?

As many of our elders and ancestors before us have said, we need political, economic, and cultural power. This heavily depends on organizing, institution building that fulfills the material needs of our communities and actively challenging the white supremacist underpinning of America.