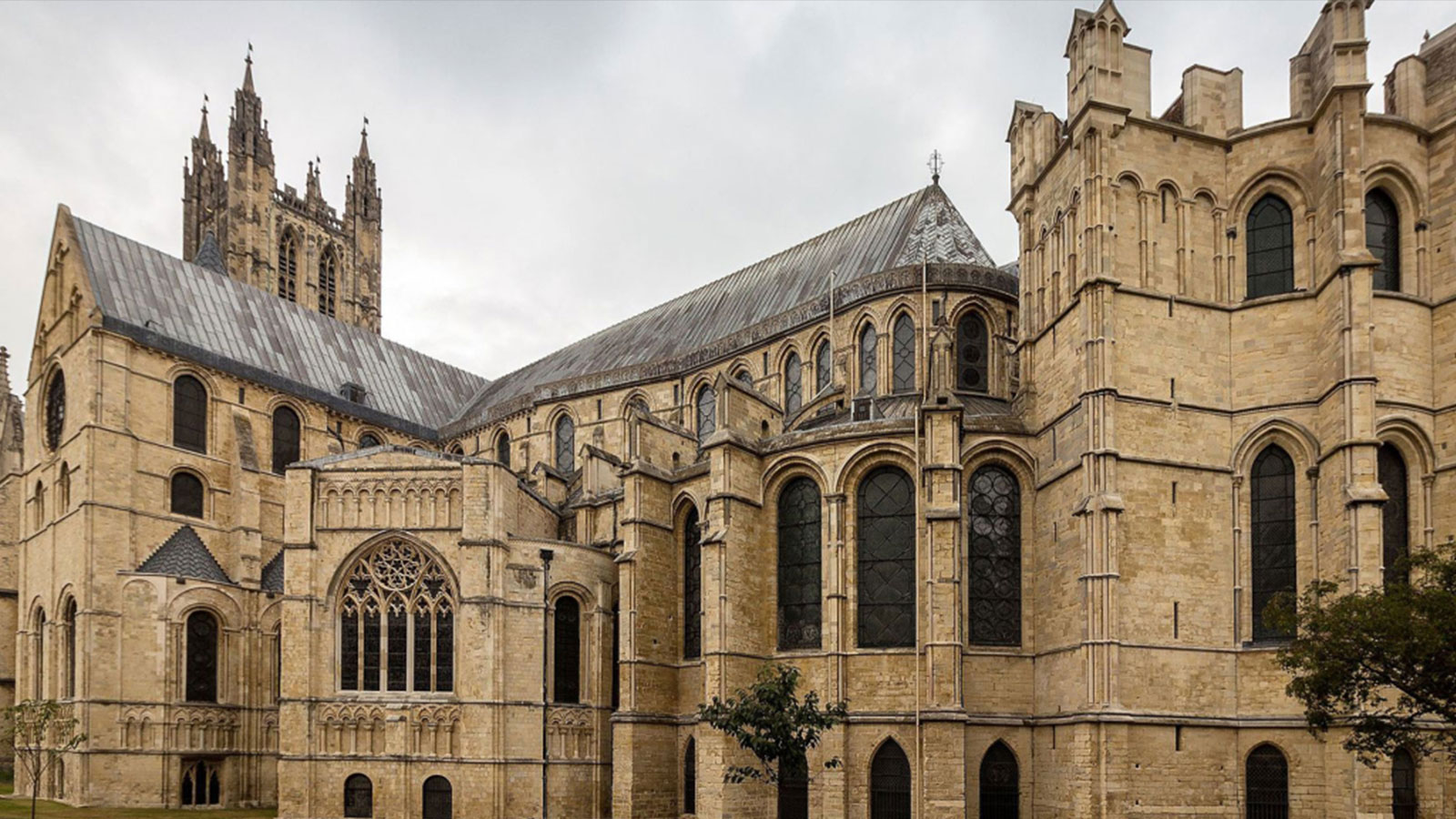 On Monday 9th January 2023, a devastating blow was delivered to all those vested interests that would perversely seek to deny Africans and people of African descent the Reparations that their history of enslavement and ruthless exploitation entitles them to.

And that tremendous blow came from one of the most unlikely sources : namely, a relatively obscure body known as the Church Commissioners of the Church of England (aka the Anglican Church) – the entity that administers the massive property assets of Britain’s establishment Church.

You see, approximately one week ago, the Church Commissioners released the Report of a forensic investigation that it had carried out into one particular component of the Anglican Church’s historic link with the trans-Atlantic slave trade ; admitted institutional guilt and moral liability ; and gave a solemn public undertaking to make reparation to the present-day descendants of the communities that were negatively impacted.

The forensic study in question focused on the financial assets of a fund that the British Government bestowed upon the Anglican Church in the year 1704 – a fund that was known as “Queen Anne’s Bounty”.

This fund remained in existence until the year 1948, when it was amalgamated with the Ecclesiastical Commissioners’ Fund, and the amalgamated fund was placed under the control of the Church Commissioners.

Today, this amalgamated Church of England endowment fund has financial assets in excess of £10 Billion !

The Church Commissioners carried out an investigation into the Anglican Church’s use of the Queen Anne’s Bounty during the first half of the 18th Century to invest in Britain’s South Sea Company – a public / private joint-stock company that was established in 1711 and that was awarded a monopoly on Britain’s lucrative trade in enslaved Africans to the extensive Spanish colonial Empire.

According to the Church Commissioners’ Report :-

“There were two main ways that Queen Anne’s Bounty was linked with transatlantic chattel slavery :

*       significant investment in the South Sea Company, and

*      benefactions received from individuals whose income may have been derived from slavery…….

“By the time that the South Sea Company ceased its activities trading in enslaved people in 1739, Queen Anne’s Bounty had accumulated investments in South Sea Company Annuities with a value of around £ 204,000…..equivalent to about £ 443 Million in today’s terms…….”

And, according to statements issued by the Church Commissioners and their Board of Governors, once these findings had been confirmed they considered that their Christian duty to respond in a just and substantive manner became manifestly clear and compelling.

Here, for example, are the words jointly penned by the Bishop of Manchester, the Right Rev. Dr. David Walker, Deputy Chair of the Church Commissioners’ Board of Governors, and Mr Alan Smith, the (native-born Barbadian) First Church Estates Commissioner :-

“We believe every person is created in God’s image. New Testament teaching is focussed on God’s desire for human beings to live in harmony. Justice, in this case racial justice, must be part of, not distinct from, biblical theology and hence, the Church Commissioners’ work……

“The concept of Sankofa – looking back to move forward to a better future – enables us to make a commitment to truth-telling, especially where historical truths are concerned, which has always been an attribute of the people of God……..

“We are deeply saddened by the news, but recognized it enables us to set an example of moral leadership and meaningful action that other organizations committed to a better, fairer future could follow…….”

In keeping with that clear moral vision and commitment to spiritual truths, the Church Commissioners announced on Monday 9th January 2023 that they are determined to address the past wrongs committed against the sons and daughters of Africa by allocating £100 Million of funding – commencing in this year of 2023 and delivered over the next nine years – to a programme of investment in relevant African and African Diaspora communities.

Indeed, in the Press Release issued by the Church Commissioners, they divulged that they are dedicated to :-

“Establishing a new impact investment fund to invest for a better and fairer future for all, particularly for communities affected by historic slavery. It is hoped this fund will grow over time, reinvesting returns to enable it to have a positive legacy that will exist in perpetuity……..

“Growth in the impact fund will also enable grant funding for projects focused on improving opportunities for communities adversely impacted by historic slavery……..

“A new oversight group will be formed during 2023 with significant membership from communities impacted by historic slavery. This group will work with the Church Commissioners on shaping and delivering the response, listening widely to ensure this work is done sensitively and with accountability “.

These are all crucial, historic, ground-breaking developments in their own right, but of equal, if not greater, significance is the invaluable light that they shed on other extremely important related aspects of our Reparations Campaign.

Let us, for example, examine the profound implications of the fact that the Anglican Church’s 18th Century investment in the slave-trading South Sea Company compelled the Church to admit moral liability and to establish a Reparations programme.

The obvious question arises :– what other entities similarly invested in the slave-trading South Sea Company ?

Well, Britain’s acclaimed historian, Hugh Thomas, helps us to answer that question with the historical data compiled in his magnum opus titled “The Slave Trade : History of the Atlantic Slave Trade 1440-1870”

This massive study of the trans-Atlantic slave trade identifies the other major investors in the South Sea Company during its slave-trading phase as follows :-

In addition, the British Government also required the South Sea Company to provide it with valuable company share in exchange for £9 Million of unfunded British government securities!

At the time of the establishment of the South Sea Company, Britain’s reigning monarch – Queen Anne – was allocated 22.5 percent of the Company’s stock !

And when she died in 1714, her successor, King George I, took over her shares and bought more, as did his heir, the Prince of Wales, who actually became Governor of the Company in 1715. In addition, virtually all of the royal family were shareholders, including – according to Hugh Thomas – “the bastards”.

Company shareholders with over £10,000 worth of stock included the Earl of Halifax – founder of the Bank of England – the elite politician James Craggs, and the Master of the Rolls, Sir Joseph Jekyll. Hugh Thomas also informs us that the list of shareholders “read like a directory of contemporary Britain …..Most of the House of Commons (462 members) and 100 members of the House of Lords (out of a total of 200) were included……”

It should also be noted that such British literary icons as Jonathan Swift, Alexander Pope, John Gay, and Daniel Defoe were all deeply involved with the South Sea Company, as was the legendary scientist, Sir Isaac Newton.

Investment in the slave-trading South Sea Company was not limited to the British ruling class : other European nationalities were involved as well. For a starter, we should note that King Philip V of Spain was allocated 28 percent of the stock upon formation of the company.

So there we have it ! It should be absolutely clear from the foregoing that with this new development and its implications we have now entered into a new phase of our Reparations Campaign!

The reality is that the Church of England has confirmed that investment or other participation in the Crime Against Humanity that the trans-Atlantic slave trade was is more than enough to establish an obligation to apologize and to implement and finance – in consultation with representatives of the affected communities – a concrete programme of Reparations.

The eyes of all right-thinking people, all over the world, will now be on the British Government, the British Royal Family, the Bank of England and other institutions of the British establishment, and the governments of Spain and other relevant European countries.

How will each of them respond to the moral imperative that now confronts them ?

The world will be watching.