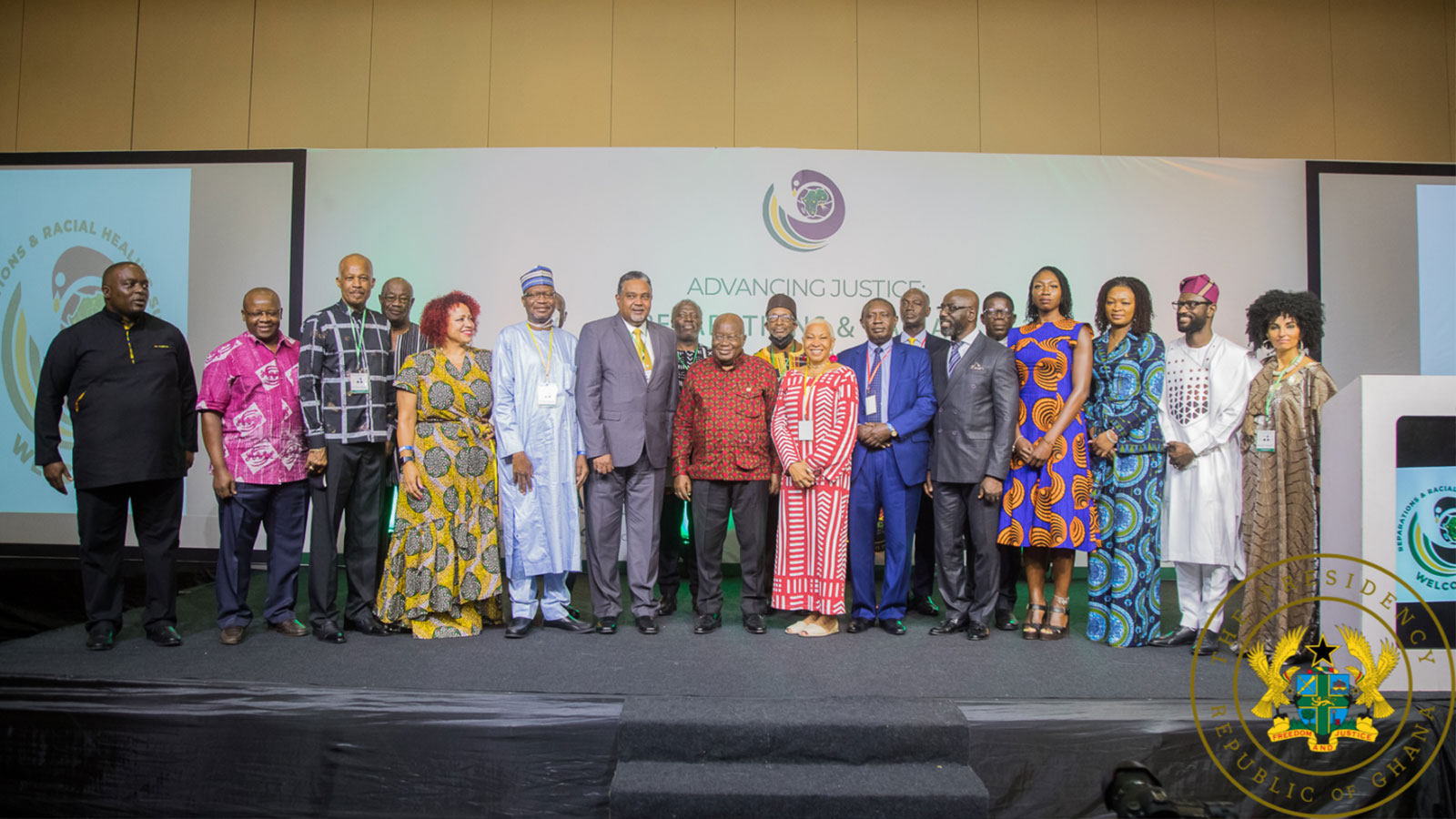 Accra, Ghana — To mark this year’s International Day for People of African Descent, a global coalition of diplomats, scholars, activists, artists, and civil society organizations today released The Accra Declaration on Reparations and Racial Healing, a groundbreaking document to chart a new path for the reparations movement.

The Declaration is the outcome of an international convening focused on reparations and healing held earlier this month in Accra, Ghana, and keynoted by President of Ghana, His Excellency Nana Addo Dankwa Akufo-Addo. Scholars, activists, journalists, and human rights activists like Dr. Julius Garvey, Nikole Hannah-Jones, Dr. Hilary Beckles, and economist Darrick Hamilton were amongst attendees.

“The effects of the Slave trade have been devastating to the African continent and to the African diaspora, with the entire period of slavery stifling Africa’s economic, cultural and psychological progress,” President Akuffo-Addo said while extoling the importance of the Declaration.

Building on The Abuja Proclamation of 1993 and the Durban Declaration and Program of Action of 2001, The Accra Declaration highlights the legacies of the Trans-Atlantic Slave Trade, colonialism, and ongoing harms. It calls for the United Nations Permanent Forum on People of African Descent to convene a global summit of former colonial powers on the issue of reparations, calls for the development of prosperous economies through reformation of global systems and structures, and the return of stolen artifacts. It also calls for the United Nations to extend the United Nations Decade for People of African Descent, and for a process of acknowledgement and healing for the roles that both Europe and Africans played in the Trans Atlantic Slave Trade.

“We are experiencing unprecedented momentum at this moment in our work around the world,” said Chairman of the CARICOM Reparations Commission Dr. Sir Hilary Beckles. “The fact that people came together from the Caribbean, Europe, South America, North America, and a sitting head of state is making such a bold statement about reparations shows the growing appeal and importance.”

“This will be critical to the relationships that are being forged and will help bolster our efforts to facilitate both accountability and healing worldwide,” said Dr. Enola Aird, founder of The Community Healing Network.

“The reparations movement is only growing and we credit the work that has been done for so long,” said Dr. Ron Daniels, co-chair of the Global Circle for Reparations and Healing. “Our responsibility is to do as much as we can to move forward with this declaration as a guide for how our work moves forward.”

Members of the Global Circle will be participating in a series of events commemorating the International Day for People of African Descent.