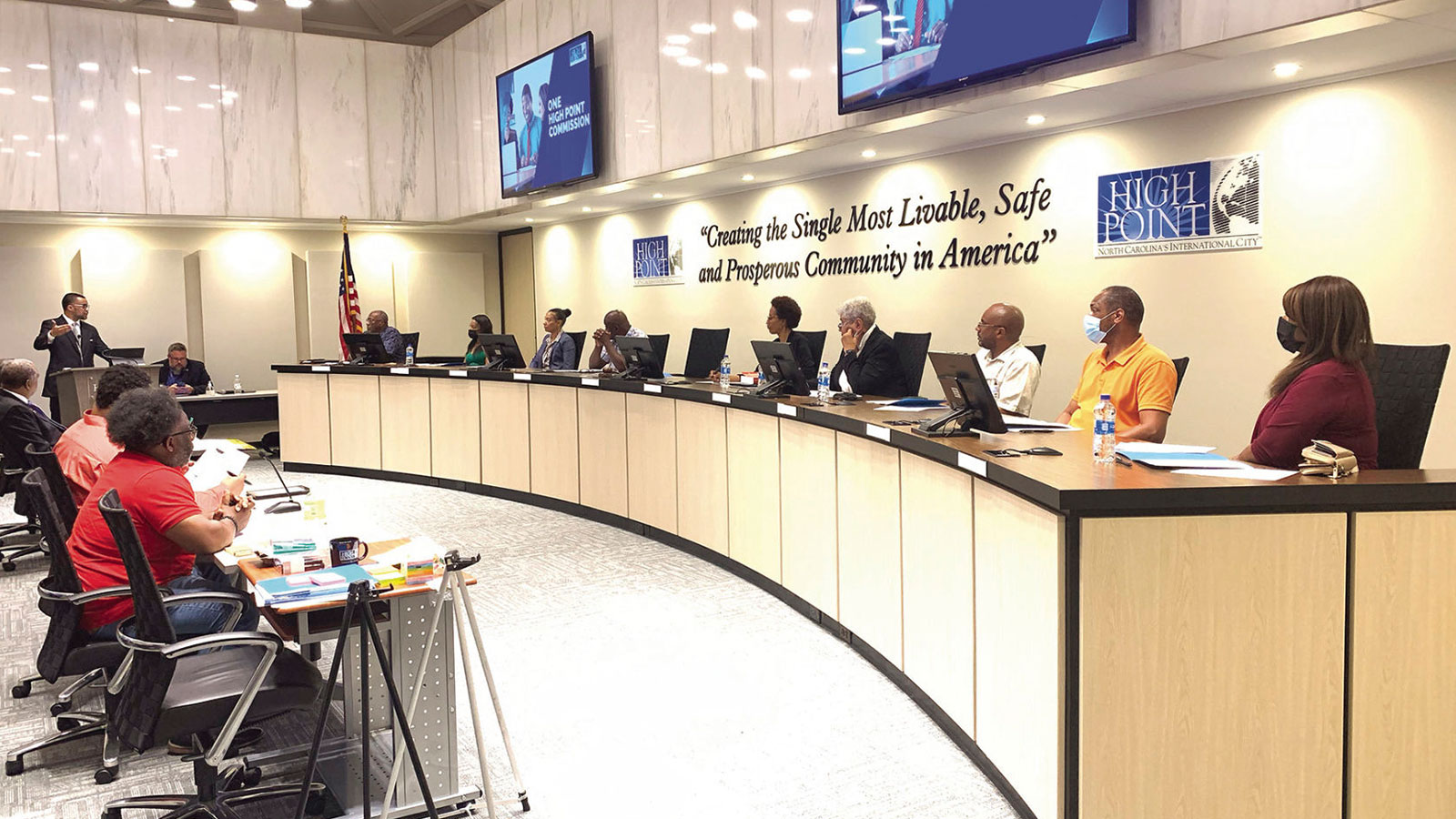 A city commission has mapped out its plan for delving into High Point’s history before making its case for reparations.

A city commission has mapped out its plan for delving into High Point’s history before making its case for reparations.

The One High Point Commission at its July 7 meeting set up three committees, one of which will tackle research and fact-finding — from the era of slavery to more recent times.

“I think the data and the research will allow us to peel back a little bit and to see a lot more of where we are today,” Commission Vice Chairwoman Courtney Alston Wilson said. “I also want to look at the industrial enterprise — High Point as the furniture capital of the world — and the exclusion, and how we as African Americans do not have a footprint, except for the sweat equity.”

The commission was created by the City Council and held its first meeting in June. It’s charged with studying and documenting the extent of slavery and segregation in High Point and what role the city may have played in sanctioning both. It will recommend possible remedies to the council that could include a formal apology by the city and “awards of compensation.”

Another committee will handle public relations, which could include things such as lineage tracing to help identify those the commission is trying to assist.

“Community outreach is critically important,” Commissioner Dawn Alston Paige said, “particularly at the beginning, where we should focus in large part, I think, on workshops about lineage tracing.”

This committee will also explore ways to solicit input from the public and educational outreach options about the commission’s work.

A third committee is entitled budget and finance.

The commission’s research needs to encompass a range of topics, other members said.

“I would think that we would need a component of criminal justice,” Commissioners Chuck Hinsley said. “I think from the inception of our ancestors who were Africans being enslaved, that brought about a penal form of control that still exists today through mass incarceration. And that has permeated throughout our culture and our community in very adverse ways. I think that would be an aspect of the research that has to be prominent in what we do.”

The commission may look to establish subcommittees that could branch into other topics, based on its research.

“I know we’re looking at slavery and its impact over time,” Commissioner Lovelle McMichael said. “But also, can we look at the impact of African Americans building this community and how, over time, that has been stripped from them? Because, I feel like, post-slavery, when we do some fact-finding, we’ll see there is an impact that will be a direct result of slavery but won’t be during slavery. So then those subcommittees can be formed that will allow us to inform our work.”

The commission has until June 2023 to present its recommendations to the council. Chairman Joe Alston said it can request an extension, if necessary.

Featured image: The One High Point Commission, which is charged with exploring the possibility of reparations for Black residents, held its first meeting July 7, 2022 at City Hall. The commission will meet over the next year to formulate recommendations for the City Council (Laura Greene, HPE).