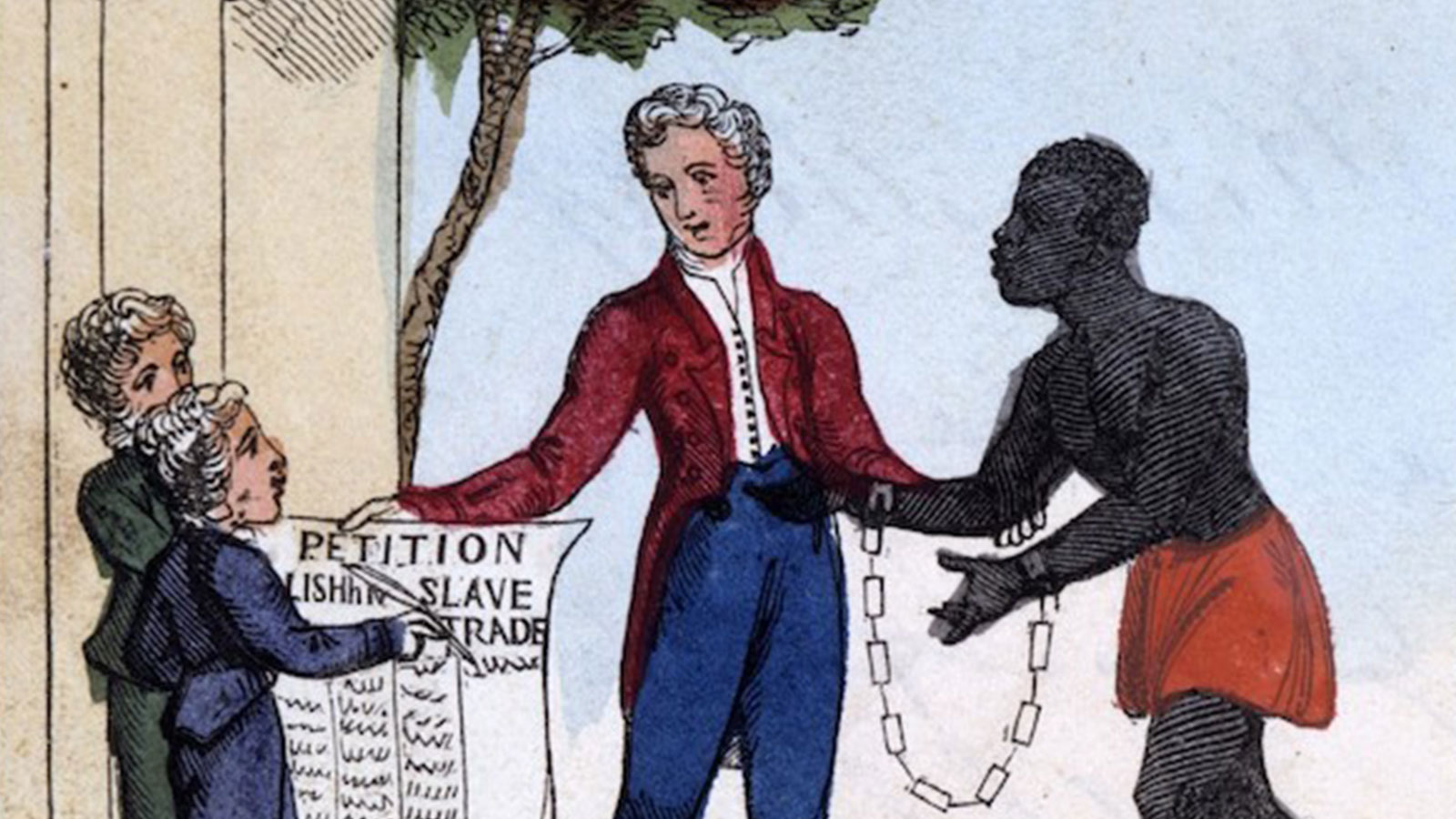 American history is a parade of horrors — and also heroes

Some fear that if children learn about slavery, they will lose respect for the founders. But they can appreciate those who fought for equality.

As a historian in the age of the 1619 Project and the debates over “critical race theory,” I find many of the audiences I address fall into one of two camps. Some celebrate American exceptionalism and resist dwelling on horrors like slavery or settler colonialism. Others primarily see a centuries-long saga of white supremacism and oppression.

The shameful institution of slavery must loom large in any honest account of American history. But so should the struggle of both Black and white abolitionists to end that institution. Recognizing those who fought from the very beginning to extend the ideal of equality beyond white men is essential to understanding the American story. We shouldn’t be afraid of schoolchildren learning why our nation needed those heroic reformers.

And yet, since January, legislators in more than half the states have introduced bills forbidding schools from teaching that America’s founding documents had anything to do with defending slavery or from discussing any other “divisive concepts.” Typical is the wording of the Florida and South Dakota bills, which prohibit use of material that makes anyone “feel discomfort, guilt, anguish, or any other form of psychological distress” on account of “actions committed in the past by other members of the same race, color, sex, or national origin.”

This is a new twist on old efforts by political demagogues to stoke white racial anxieties. Over the past 100 years we have heard that “they” are coming to rape “our” wives and daughters, take “our” jobs, waste “our” tax money, steal “our” wallets, and murder us at random. Now, it appears, they’re coming to hurt our feelings!

But although studying the history of slavery and settler colonialism ought to be disturbing, it doesn’t have to be demoralizing. We need to tell the full story of slavery because without doing so there is no way to understand the heroism of those who fought for equal rights. The only people who should feel “discomfort” in learning American history are individuals who refuse to build upon the efforts of those early visionaries. A case in point is the difference between today’s White evangelical leaders and their forbears, who actually did believe that Black Lives Matter.

In the era when our nation was founded, it truly was revolutionary to claim that all human beings had the right to be treated humanely and equally. For most of history the morality of slavery was never questioned. People resisted being enslaved, but they did not condemn the existence of slavery. And because people believed it was perfectly acceptable to kill or enslave those they conquered, they felt little need to claim their victims were inherently inferior. Subordination was the way of the world, with citizens subject to kings, wives to husbands and slaves to masters.

Profit, not racism, was the primary impetus for the expansion of the African slave trade and the establishment of an African labor force in the Americas. But racism gradually became the primary defense of slavery.

Slave owners responded to an emerging global market by combining the ruthlessly impersonal profit calculations of mass production with the cruel intimidation required to extract maximum effort on exhausting tasks while forestalling resistance by enslaved people, who vastly outnumbered overseers and owners.

But at the same time, the rise of capitalism and the overthrow of autocratic rulers challenged traditional justifications of social hierarchy. More and more people asserted that “the whole human race is born equal.” Some would go on, for the first time in history, to build a movement to abolish slavery, not merely to emancipate an individual or a specific group.

When American revolutionaries claimed an “inalienable” right to liberty without demanding an end to slavery, many people pointed out the contradiction. In 1774, an anonymous “Son of Africa” challenged the rebel colonists to “pull the beam out of thine own eyes.” Caesar Sarter, who was once enslaved, urged the revolutionaries to liberate all slaves as “the first step” toward freeing themselves.

Some white Americans rose to the challenge. Vermont abolished slavery in 1777, giving Black men the vote. In 1781, two Massachusetts slaves, Elizabeth Freeman and Quok Walker, sued their masters for freedom. Both managed to convince white jurists that slavery violated the state’s constitution, which stated that “all men are born free and equal.” Anti-slavery sentiment became widespread during and after the American Revolution.

But there was an ironic backlash. Once revolutionaries articulated mankind’s right to “life, liberty, and the pursuit of happiness,” those who supported — or just tolerated — the subjugation of other human beings were put on the defensive.

Very few people like to admit it when we put selfish interests ahead of moral convictions. Patrick Henry, the famous orator who supposedly once declared “Give me liberty, or give me death,” strikes me as an exception that reveals something important about the psychology that helped create American racism.

In 1773, a Quaker abolitionist sent Henry an antislavery pamphlet. When I first began reading Henry’s answer, I thought the pamphlet had done its trick. In line after line, he describes slavery as an “Abominable Practice … a Principle as repugnant to humanity as it is inconsistent with the Bible and destructive to Liberty.”

So I was shocked when Henry goes on to admit that he himself owns slaves and has no intention of freeing them, due to the “general inconvenience of living without them.” He labels his conduct “culpable,” saying “I will not, I cannot justify it.” At his death in 1799, he still owned 67 slaves, whom he bequeathed to his wife and sons.

Very few people can live with that level of cognitive dissonance. Racism offered one way to resolve it.

In the late 18th century, and especially in the first half of the 19th, a sustained campaign was launched to explain away the contradiction between the rhetoric of the Declaration of Independence and the reality of a Constitution that tolerated slavery. Black people, Indians and other non-European groups began to be described as less than fully human, incapable of exercising the responsibilities of liberty.

So even as abolitionism gained momentum, racist invective, which historian Van Gosse notes had been “episodic prior to the 1810s,” became far more common and considerably more vicious. In the South, free Black people faced increasing restrictions. Violent riots against them flared up in the North, reaching a high point in 1863, when demonstrators against the Civil War draft vented their fury on Black neighborhoods.

But to my mind these terrible trends make the resistance to such behavior by a courageous minority of Americans all the more inspiring. And resistance there was. Two recent books, “The Slave’s Cause” by Manisha Sinha and “Standard-Bearers of Equality”by Paul J. Polgar, describe how a “radical, interracial movement” consistently advocated for racial equality from the 18th century onward, gaining support even as racism hardened and slaveholders pushed their interests more aggressively.

Black social reformers like Frederick Douglass, Sojourner Truth and Sarah Parker Remond rallied huge followings of white and Black Americans in support of racial equality. By the 1840s, legislators in Massachusetts, Maine, Vermont and New Hampshire were routinely defying racially-exclusionary federal regulations. In the free states, interracial crowds spontaneously formed to rescue men and women caught up by slave catchers. The 1840s and 1850s saw interracial rescues in nearly every free state, with dramatically large turnouts in Chicago, Syracuse, Detroit and Buffalo. When a fugitive captured in Boston in 1854 was returned to slavery, 50,000 protesters lined the streets shouting “Shame! Shame!”

Then the war itself turned many skeptical white Northerners into strong supporters of abolition and equality. Union soldiers’ diaries and letters show this transformation occurring as young Northern men saw slavery up close, while fighting alongside Black comrades.

Legislators who worry that schoolchildren who learn an unexpurgated version of history will “denigrate” our founders are probably right to fear that youths who discover Patrick Henry’s choice of convenience over conscience will be unimpressed by his “liberty or death” oratory. But there are plenty of other heroes — Black, brown and white — to take his place. In fact, many young white people will find some groups of their ancestors more worthy of admiration than their modern-day counterparts.

During the first half of the 19th century, for example, many white evangelicals were ardent abolitionists who would have been horrified by the recent migration of prominent white evangelicals into the camp of white Christian nationalism.

Jonathan Blanchard, founder of Wheaton College, the pre-eminent Christian evangelical college in America, spent a year in Pennsylvania working as a full-time “agitator” for the American Anti-Slavery Society. He called slave-holding “a social sin” that could be addressed only by immediate abolition.

And then, of course, there was John Brown, the devout Reformed Evangelical whose militia battled slavery proponents in the Kansas territory and who led an attack on a federal armory in Virginia in 1859 in an attempt to arm slaves for an uprising. He was tried for insurrection and hanged. Yet his stand against slavery inspired later Union troops to march into battle singing “John Brown’s body lies a-mouldering in the grave, but his soul goes marching on.”

Evangelical abolitionists opposed other injustices as well. In 1838 several white Baptist and Methodist preachers not only protested the forced relocation of the Cherokees but also marched with them along the Trail of Tears. Others joined the Liberty Party, which opposed the war with Mexico and condemned the exploitation of Native Americans and Chinese, Mexican and Irish laborers. Many evangelicals were early supporters of female equality.

If our histories refuse to acknowledge the extent and brutality of the injustices that accompanied our nation’s founding, how can we or our children honor the idealism and courage of those who struggled to implement and enlarge the revolutionary demands for equal rights? And if we don’t understand the way people’s belief systems can change, how can we hope to build on the best parts of our heritage and rise above the worst? That’s why an unflinching account of American history can actually give us hope for the future.