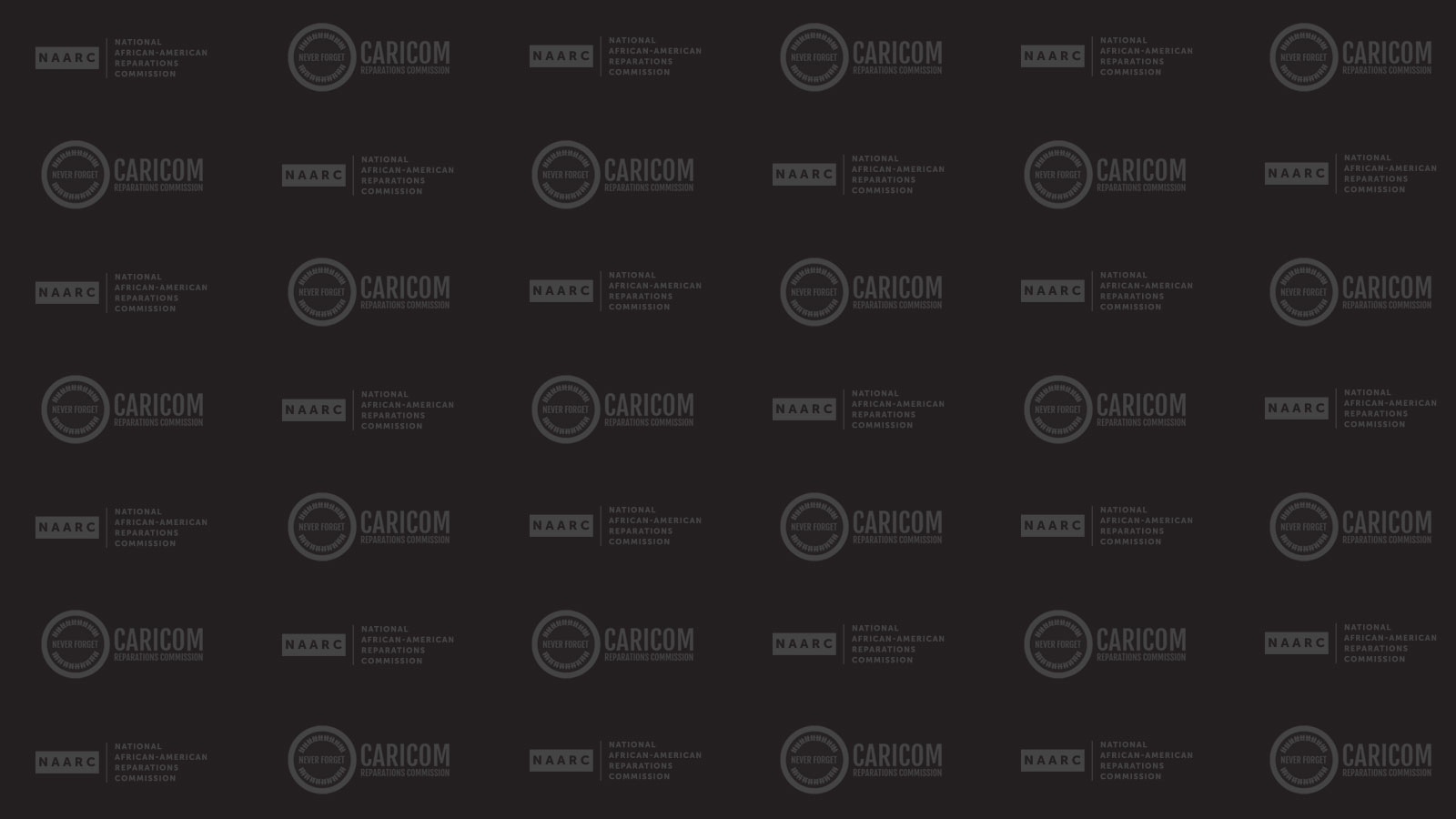 In the middle of April, 2015 at York College in New York City, some 200 reparations leaders from 22 countries came together in a strong show of international solidarity at the National/International Reparations Summit. At that event the National African American Reparations Commission (NAARC) was launched.

Highlight of the Summit was a productive in-person dialogue between members of the CARICOM Reparations Commission (CRC) and the new NAARC commissioners. Overall, the 2015 summit provided a powerful stimulus to the reparations movements in both the USA and the Caribbean and contributed to emerging slavery reparations initiatives across Africa, Europe and Latin America. 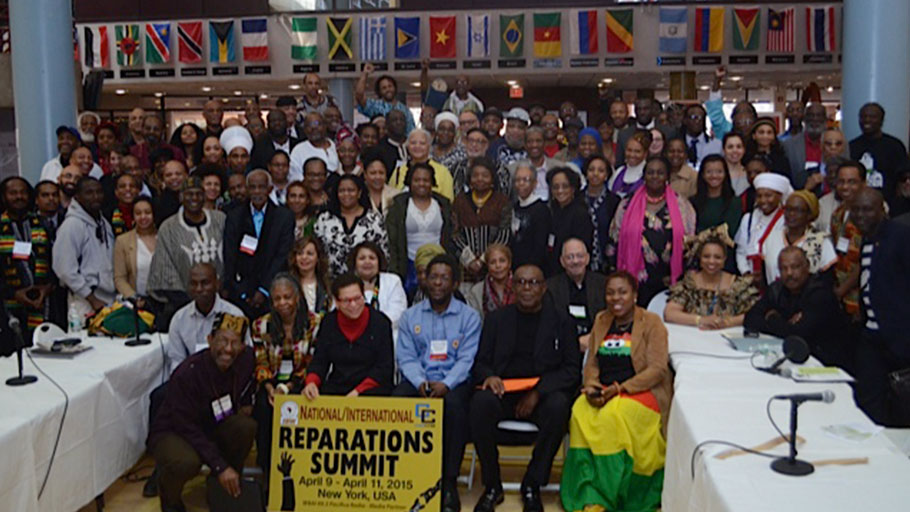 To mark the 7th anniversary of NAARC, members of both Commissions will hold a virtual dialogue on Friday, April 22 at 7:00 pm EST USA. The event will be livestreamed on NAARC’s website [ https://reparationscomm.org/ ].

The two Commissions will examine the current state of the reparations movements in both the United States and the Caribbean and will explore a number of joint strategies and actions to strengthen the growing global movement in the months and years ahead.

Dr. Ron Daniels, Convener of NAARC said: “It is important that we reflect on the impact of the milestone 2015 International Summit as we collaborate with the CARICOM Reparations Commission to explore ways to strengthen the global reparations movement at this crucial moment in history.”

The National African American Reparations Commission (NAARC) is a group of distinguished professionals from across the country with outstanding accomplishments in the fields of law, medicine, journalism, academia, history, civil rights, and social justice advocacy.

The formation of NAARC came less than two years after the launch of the CARICOM Reparations Commission (CRC) at a summit of Caribbean heads of government in 2013 in Trinidad & Tobago.

Since then the CRC has been chaired by Prof. Sir Hilary Beckles, Vice Chancellor of the University of the West Indies, and the preeminent public intellectual in the Caribbean region.

“NAARC and CRC are joined at the hip in running this common race to justice,” said Prof. Sir Hilary Beckles. “We have been training together, sharing experiences and wisdom, and preparing for the long future. But this moment before us is a time for deeper sharing and reflecting. We shall meet to sustain our souls for the struggle ahead. Respect to elder and leader Prof. Ron Daniels who at 80 is mighty in mind and overflowing with energy.”

Inspired by the CRC’s 10-point Action Plan, NAARC has published its own 10-point Plan [ https://reparationscomm.org/reparations-plan/ ] which outlines a series of public policy demands.

The CRC is an assembly of committees, commissions, and task forces from 13 sovereign nations in CARICOM, coordinated by the CARICOM Secretariat in Georgetown, Guyana. 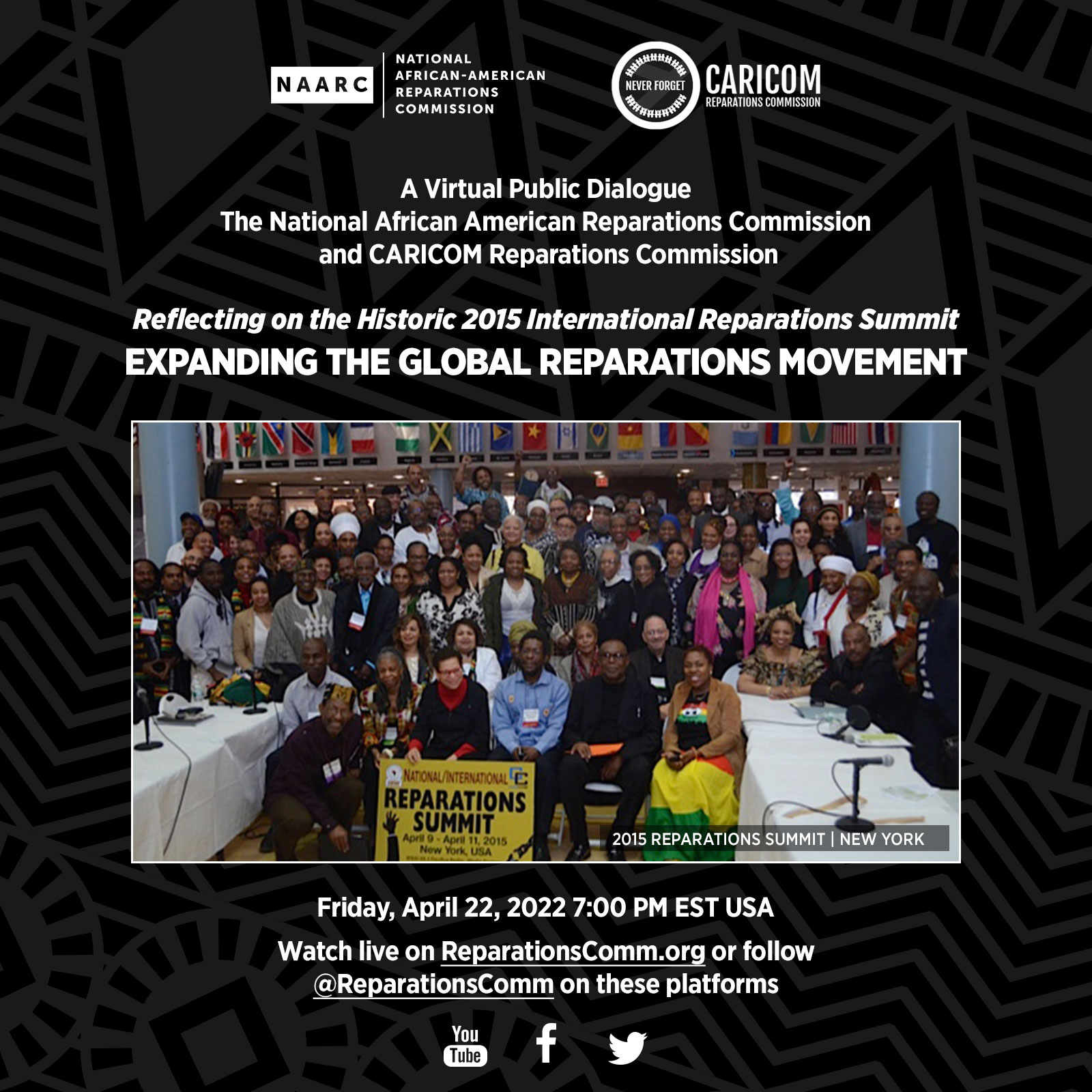