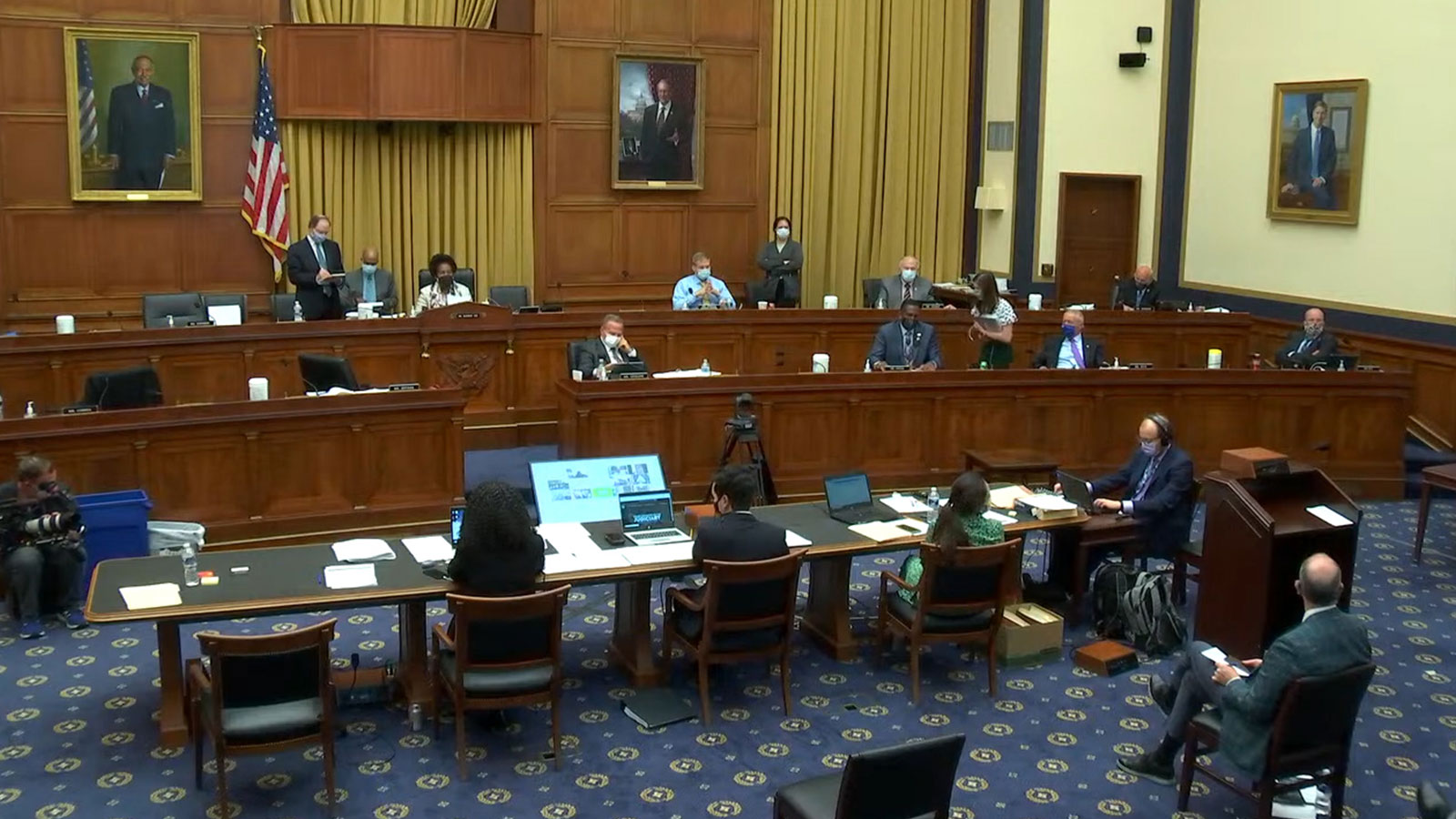 A momentous week in the reparations movement. The National African American Reparations Commission hails vote on HR-40 — Push for passage is next step

The National African American Reparations Commission (NAARC) is hailing the vote by the House Judiciary Committee to Report HR-40 to the full House for passage a milestone in the history of the United States. The bill will establish a Commission to study the effects of enslavement and consider proposals for reparations.

The vote was a major victory for proponents of reparations who have labored for decades to build mainstream support for redressing the lingering effects of enslavement on African Americans. Democrats on the Committee advanced the legislation over the objection of Republicans by a vote of 25 to 17.

The surge of interest in reparations comes amid a national reckoning over racial injustice, as Americans watch the trial of the White former police officer who killed George Floyd and learn details of the case of another young Black man shot and killed by an officer in the Minneapolis area. It also comes as African Americans continue to be disproportionately impacted by the COVID-19 pandemic. During the Judiciary Committee debate, Congresswoman Sheila Jackson Lee, Lead Sponsor of HR-40, said the bill could help “confront the stark societal disparities occurring in the African American community today.”

Congressman John Conyers titled the bill HR40 after the unfulfilled Civil War-era promise to give formerly enslaved African Americans “40 acres and a mule.” The bill is on track for a floor vote in the House of Representatives in the weeks ahead. “The goal of this historical Commission is to bring American society to the new reckoning with how our past affects the current conditions of African Americans and to make America a better place to help and truly study our disadvantages,” said Congresswoman Sheila Jackson Lee.

Dr. Ron Daniels, Convener of NAARC said: “This is truly a milestone in the history of the multi-generational struggle for reparations. I am proud of the role that NAARC and N”COBRA played in shaping this potentially transformational legislation. We commend Congresswoman Sheila Jackson Lee for brilliantly upholding the legacy of Congressman John Conyers, Jr. as the Lead Sponsor on HR-40”.

Encouraged by the National Coalition for Reparations for Blacks in America (N’COBRA), Congressman Conyers, the longest serving Member of the Congressional Black Caucus, first introduced HR-40 in 1989. In its initial form it was a bill that proposed creating a Commission to study the issue of the enslavement of Africans and its consequences. He religiously re-introduced the bill in every successive Congress. It was largely viewed as an effective educational and organizing tool by reparations advocates that seldom garnered more than 50 Co-Sponsors.

However, in 2015, NAARC and N’COBRA urged Congressman Conyers to change HR-40 to a bill that would offer remedies for enslavement and government sanctioned discriminatory policies and practices. Conyers agreed. The current bill will establish a “Commission to Study and Develop Reparations Proposals for African Americans.” Under the leadership of Congresswoman Jackson Lee, HR-40 has more than 180 Co-Sponsors. The bill also enjoys the support of Speaker of the House Nancy Pelosi and Majority Leader Steny Hoyer and President Biden has signaled that he is open to supporting a bill to study slavery.

While the struggle to achieve passage of HR-40 will intensify in the weeks ahead, reparations advocates were thrilled by the historic vote of the House Judiciary Committee:

“On Wednesday, April 14th, as I witnessed the historic vote of The House Judiciary Committee on HR 40, I was absolutely overwhelmed with jubilation, but my joy was tempered by memories of many who are no longer around to celebrate this breakthrough,” noted JoAnn Watson, a close ally of Congressman Conyers and a NAARC Commissioner. “For many decades, I was mentored by ‘Reparations’ Ray Jenkins, Congressman John Conyers, Dr. Imari Obadele, Rev. Gaidi Obadele, and The Honorable Chokwe Lumumba, among other luminaries in the Reparations movement. So, I experienced unspeakable joy in observing the approval to create a Commission to study the impact of Enslavement and to develop proposals to remedy the torturous legacy of terrorism, tragedy and trauma that has persisted since 1619,” she added.

“Yesterday, the proverbial can that had been kicked down the road for over 150 years was picked up by the House Judiciary Committee and is now being passed to the full House of Representatives for examination and action,” said Kamm Howard, Co-Chair of N’COBRA and a NAARC Commissioner. “The historic vote is a major step in moving us, and the nation toward a period in this country that is intentional in fully addressing the legacy, disparities and injuries of intense harms to our community in an effort to wipe them out in their entirety.”

“Reparations, unquestionably, is an issue whose time has come,” stated Nkechi Taifa, a prominent Civil Rights Attorney and a NAARC Commissioner. “I have waited 50 years for this day, and 32 years since HR- 40 was first introduced. I’m no longer a teenager, but an elder. It’s time for an official reckoning of the past and the healing that can come from a reparations settlement — distinct from and not to be confused with ordinary public policy, to be fashioned in as many ways as necessary to equitably address the era of enslavement and its lingering injustices that manifest today.”

Finally, reflecting on the week’s momentous events, Jeffrey Robinson, former Deputy Legal Director of ACLU and Founder of The Who We Are Project said: “I am deeply honored to be working with so many incredible leaders and organizations that made the markup of HR-40 possible. The leadership of NAARC and Dr. Ron Daniels in convening and facilitating our HR-40 Strategy Group to navigate this process has been amazing.”