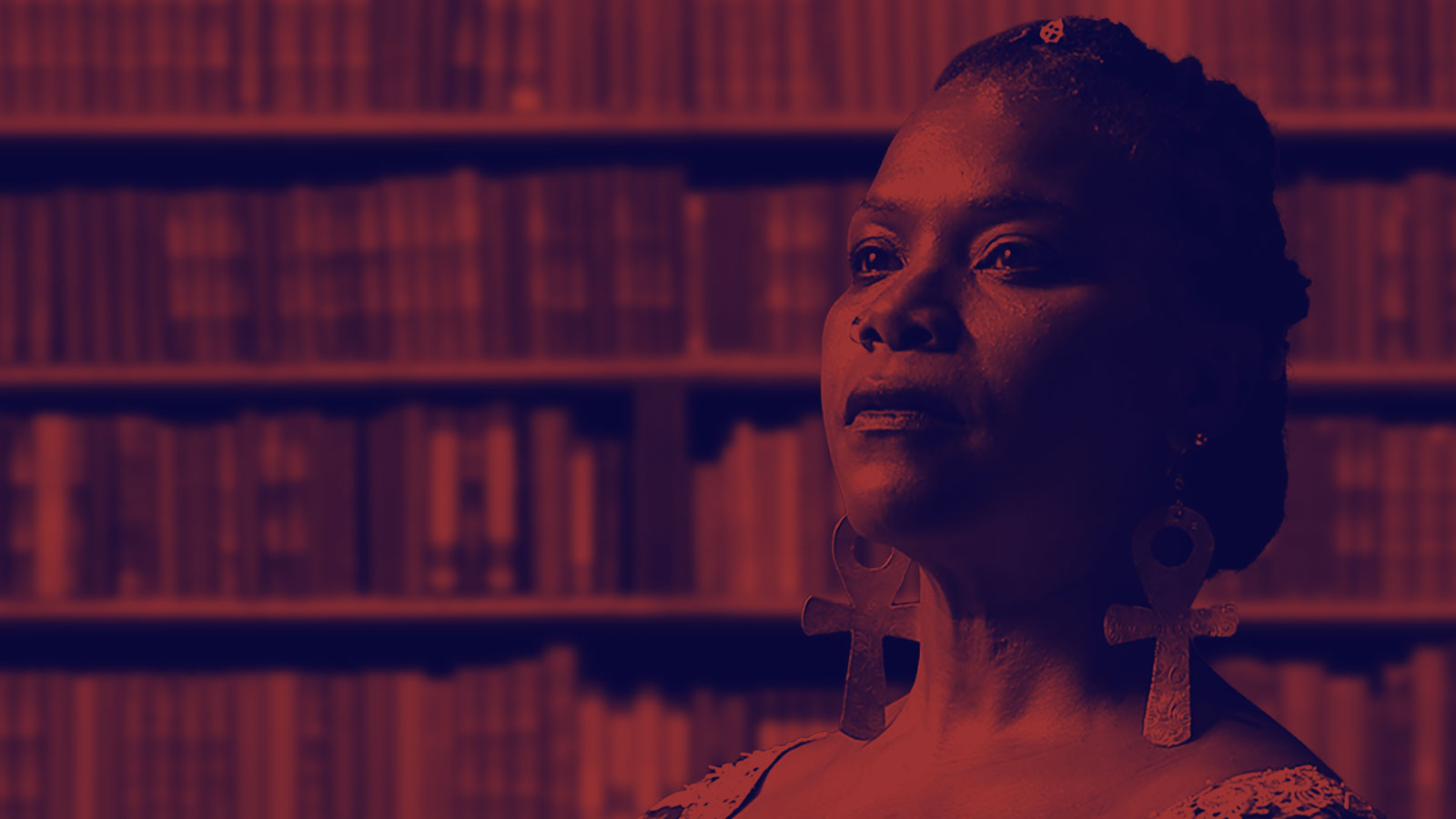 A Report on the Afro descendants Gathering in Venezuela 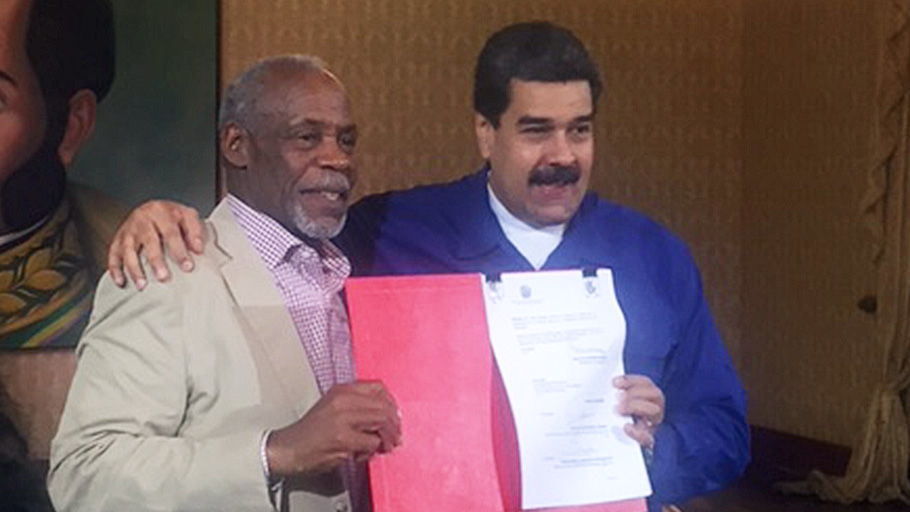 President Maduro and Danny Glover at the signing of the UN decree at the Casa Amarilla in Caracas.

This song of pride to be an Afro descendant in Venezuela became the song of all who joined them on this journey to uphold the Bolivarian message.

Afro descendants from the US, Uruguay, Brazil, Puerto Rico, Peru, Bolivia, Argentina, Haiti, France, St. Vincent’s, Barbados, Colombia and Ecuador participated in a Forum of Afro descendants and Neoliberalism in Latin American and the Caribbean. Danny Glover, Actor/Activist and UN ambassador for the Decade of People of African Descent, was one of the special guests who attended the gathering. 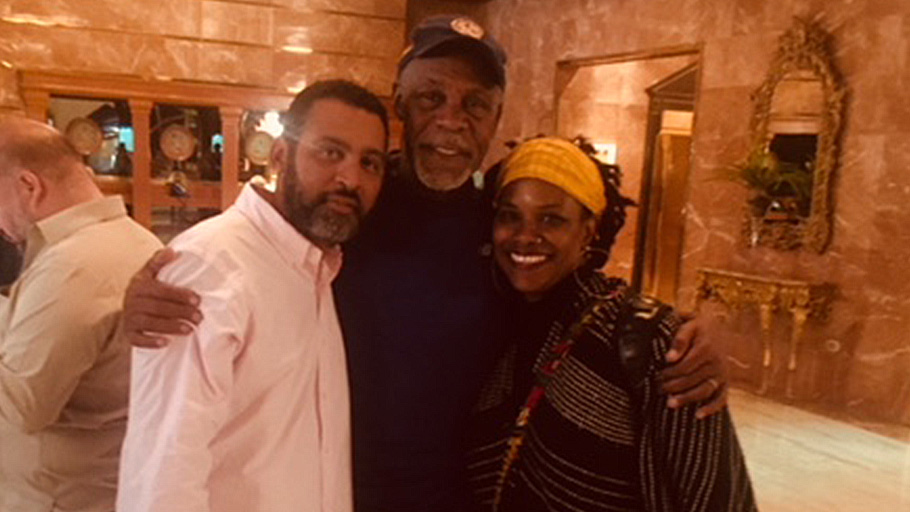 The purpose of the visit was to see what was happening first hand in Venezuela and to witness President Maduro’s signing of the UN decree for the Decade of People of African descent. President Maduro did not hesitate in naming Reparations as one of the key issues he will discuss in Venezuela. Before the event ended, he committed to hosting an International Committee for the Reparations of Afro Descendants against Enslavement, Racism and Imperialism in May.

The Venezuela we saw and felt is a Venezuela of Afro/Black faces that continue rising in the midst of the struggle. Yes, there is a crisis that the economic blockade has brought upon them but they continue moving in that Maroon Warrior light because the message of inclusion of their voices in Venezuela’s Bolivarian process feeds their commitment.

We are in the Decade of People of African Descent. Not many governments/states have done concrete acts to support the decade and its three key themes–justice, development and recognition/reparations. To be present with other Afro descendants from the Americas made this act not just about Venezuela but about all of us.

Afro Venezuelans live in constant fear of their lives. To be black in Venezuela is to be burned in the streets and killed just for being black. We heard stories from young people who cover themselves up for fear of being recognized as black. 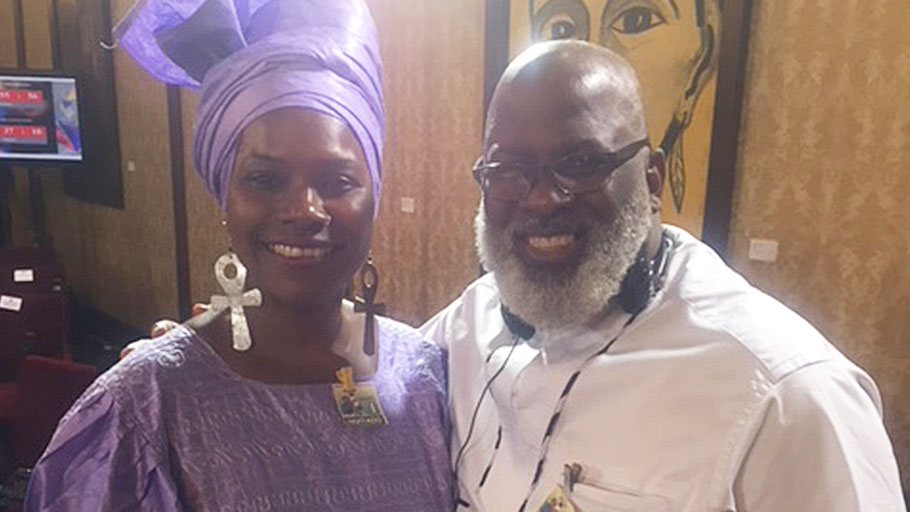 Yvette with Baba Akinyele Umoja of Georgia State University and MXGM at the signing of the UN decree.

We were received by our Afro Venezuelan brothers and sisters who embraced us with their deep connection to the motherland. We saw Africa in their faces. We felt Africa in the drumbeat–a progressive movement and a thought process that we do not always hear about coming from Venezuela. But that is what we saw.

I facilitated the Recognition and Reparations Working group with Afro Venezuelan leader Manuel Salcedo. Here are some of the proposals that came out of this discussion; 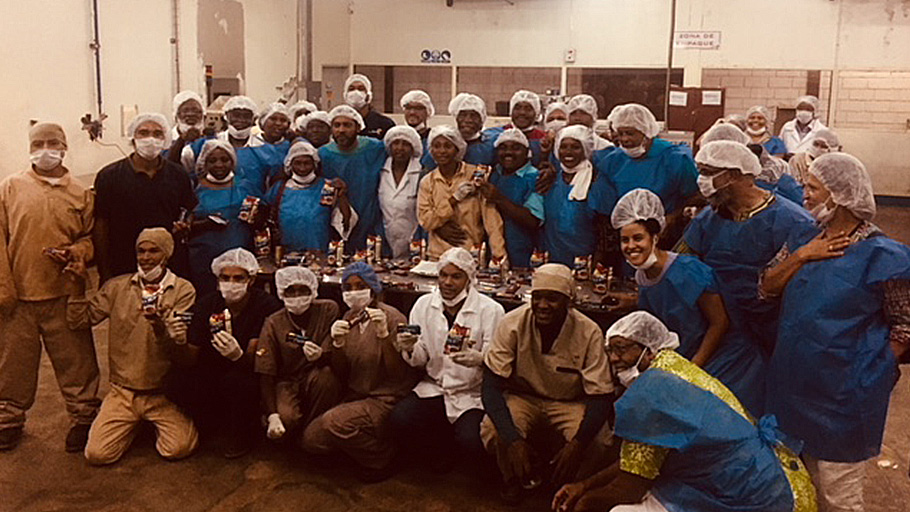 Afro descendant visit to the Chocolate Plant in Barlovento. The plant is managed and run by Afro Venezuelans.

The following day we visited the Guillermo Rivas Chocolate Plant, ‘El Cimarron’. This plant is run by the people of Miranda in Barlovento. We toured the plant and learned more about the production and the process of this delicious chocolate.

Our next stops were the housing community in Caucagua. It has 2300 apartments, 114 buildings and 5 educational institutions. The pride in having their own space and creating their own agenda was impressive. I met with a few of the ‘Cumbre de Mujeres Cimarronas; Hogares de la Patria.’ The women shared the leadership trainings and the ongoing work to bring awareness to the community.

We then visited the ‘Centro de Estudios Inegrales de Barlovento y de la Diaspora in San Jose. There we saw the extensive work of AfroTV to share the truth of these communities. We also met the women of the CEIBA program who make their own laundry detergent, dishwashing liquid and disinfectant. They also make pampers out of cloth. It is absolutely impressive what they are doing to fill in the gaps imposed by the blockade.

Our final stop was Curiepe. It was here that I felt more than any place the Maroonship of the people, the clarity in their identity as Africans and the unconditional fight to keep the Bolivarian message going.

Overall, the visit to Venezuela brought a clearer understanding to me as to what is happening in the country but, most importantly, it brought us closer to seeing ourselves in the struggle of the Afro Venezuelan community.